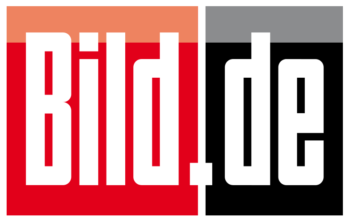 When the widest-circulating newspaper in Germany, Bild, reported that dozens of migrants assaulted women in Frankfurt on New Year’s Eve, European readers were justifiably outraged. However, after a police investigation found no evidence that the assaults took place, Bild apologized today for its “untruthful reporting.”

“The Bild editorial team expressly apologizes for this inaccurate reporting and the accusations against those concerned,”the newspaper said in a statement. “This reporting does not correspond in any way to the journalistic standards of Bild.”

“When ‘Bild’ was reporting the story about the alleged “sex mob” in Frankfurt, we have not lived up to our criteria of journalistic diligence and editorial control. The story was literally ‘Fake News’ and spread from a source with a clear intention to disinform. As an important part of journalistic sincerity, we apologized on our fault. We also want to intensify our processes in order to examine stories on claim and truth. All media, not just ‘Bild’, are now under critical observation as never before. It is therefore all the more important to never give us the reason that we can be accused of mistakes. Our claim is to be the most honest medium that we can be anyway. The responsibility is to make such mistakes impossible. But where excuses are necessary, we will still pronounce them.”

The original Bild story included “quotes from a woman who claimed she had been sexually assaulted and a man who said his bar had been overrun by people attacking women,” the Huffington Post reported. The Bild story claimed there was a “mob of some 900 drunk asylum-seekers” who “assaulted women on one of the city’s best known shopping streets,” the Telegraph added.

Bild‘s story appears to have now been unpublished, but an archived link found by Huffington Post shows the headline read (according to Google Translate) “Sex mob raged in Frankfurt’s restaurant mile.”

iMediaEthics contacted the European Union Agency for Fundamental Rights to ask about the impact of such errors in the media. Katya Andrusz, deputy spokesperson for the agency, told iMediaEthics in part:

“Without wanting to comment on a particular news outlet in any particular country, it is absolutely true that incorrect and inflammatory reporting can contribute to a climate that encourages racism and xenophobia. The continued and unrestrained expression of intolerant rhetoric disseminated through the media (as well as in political discourse) can lead to incitement to discrimination, hatred or violence.”

The Frankfurt police issued a statement saying it undertook an “intensive and extensive” investigation into the matter but found claims of a sex mob “without foundation.” The investigation included looking at emergency calls and investigating witnesses and found that one of the people who claimed they were affected wasn’t even in Frankfurt.

The Associated Press noted that on the previous New Year’s Eve, “hundreds of women reported being sexually attacked by migrants in the western city of Cologne.”

The Washington Post reported that Bild is a top-circulating paper in the European Union.

iMediaEthics has written to the Frankfurt police for more information about this matter.