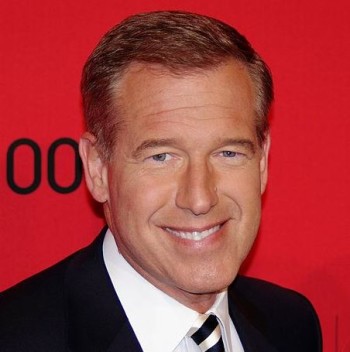 Brian Williams apologized yet again today and will move to MSNBC, with Lester Holt replacing him as NBC Nightly News anchor.

“After Williams’ suspension ends in August, he will have two main jobs: he’ll be an ‘anchor of breaking news and special reports’ on MSNBC, NBC’s ratings-starved cable news channel, and he’ll ‘serve as a breaking news anchor for NBC News live special reports when Holt is not available,'” CNN’s Brian Stelter reported.

In a news story on its website, NBC reported on the results of an internal investigation on Williams:

“The extensive review found that Williams made a number of inaccurate statements about his own role and experiences covering events in the field. The statements in question did not for the most part occur on NBC News platforms or in the immediate aftermath of the news events, but rather on late-night programs and during public appearances, usually years after the news events in question.”

In an apology statement, Williams said:

“I’m sorry. I said things that weren’t true. I let down my NBC colleagues and our viewers, and I’m determined to earn back their trust. I will greatly miss working with the team on Nightly News, but I know the broadcast will be in excellent hands with Lester Holt as anchor. I will support him 100% as he has always supported me. I am grateful for the chance to return to covering the news. My new role will allow me to focus on important issues and events in our country and around the world, and I look forward to it.”

In addition, NBC will air Matt Lauer’s interview with Williams tomorrow, June 19, on NBC’s Today show and on NBC Nightly News. Savannah Guthrie has been hosting NBC Nightly News this week as Lester Holt has been on vacation.

Williams was given an unpaid six-month suspension in February after veterans called him out for exaggerating his war reporting. Williams had said on air he was on a helicopter in Iraq that was shot down by an RPG, but in fact it was the helicopter ahead of his helicopter that was shot down, as iMediaEthics has reported.

“NBC News is suspending managing editor and Nightly News anchor Brian Williams for six months, without pay, in the wake of an internal review of comments about his experiences in the early days of the Iraq war,” NBC News reported at the time.

The move for Williams is effective after his suspension ends, according to CNN’s Stelter. The New York Times characterized it as “the functional equivalent of sending him down to the minors.”

NBC News’ and MSNBC’s chairman Andy Lack said,  “Brian now has the chance to earn back everyone’s trust. His excellent work over twenty-two years at NBC News has earned him that opportunity.” Lack also stood by Holt, commenting that Holt “performed remarkably well over the last few months under very tough circumstances” and is “an exceptional anchor.”

Holt has taken over as anchor of the NBC Nightly News during the suspension and will officially be promoted as anchor now that the decision regarding Williams’ future has been made.

Holt tweeted about the news saying he is “excited and grateful” for the promotion.

Promised my family I wouldn't think about work during vacation. Just got the ok to break that promise. Excited and grateful for new role.