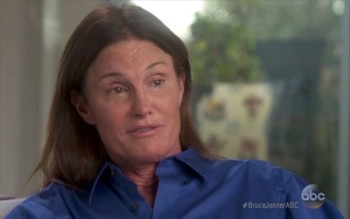 In a much-anticipated interview, Bruce Jenner confirmed the rumors that he is transitioning and identifies as a transgender woman.

The news also raises questions of how media should report on transgender issues and which pronoun to use for Jenner.

ABC News told iMediaEthics earlier this year it wouldn’t pay for or license materials for the interview with Jenner.

After the interview and news broke, GLAAD explained why it is best to refer to Jenner with male pronouns right now.

GLAAD also provided a tip sheet of advice for reporting on Jenner and transgender issues. It includes:

CNN pointed out that the National Lesbian and Gay Journalists Association posted an open letter before the interview with Jenner advising journalists on proper standards for reporting on Jenner.

In Touch magazine stirred controversy when it Photoshopped a picture of Jenner apparently with an image of a British actress to make him look like a woman, adding make up and women’s clothing. In Touch also claimed, falsely, Jenner would make the transition announcement with LGBT news site the Advocate, which called out the lie, as iMediaEthics reported at the time.

The New York Times‘ public editor responded to criticism from  readers asking why this Februray it published articles about the rumors of Jenner’s transition when it had not been confirmed.

Back in March, Us Weekly apologized after publishing an interview with Kendall Jenner which she said was faked.