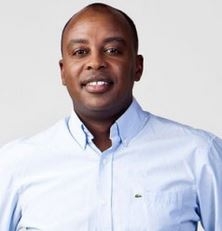 Canadian journalist Francois Bugingo admitted last night that he fabricated some of his reporting.

He confessed in a Facebook post to making “errors of judgment” and the “sin of pride,” saying he had “an obsession to capture the interest of the Quebec public on subjects that often seem far off from them,” the Toronto Sun reported.

Bugingo apologized to his “colleagues, the public and my friend” and said he would quit the Quebec Federation of Professional Journalists. He took full responsibility for his fabrications and said that “the punishment that is imposed upon me should not reflect on [his colleagues], nor my employers.”

“These are infringements of the code of the profession that do not do me honour. I regret them profoundly. I sincerely apologize to my colleagues, to the public and to my friends. I accept the profession’s disapproval for the acts that I admit, and I accept the consequences,” Bugingo wrote, according to the National Post.

“I romanticized a story about the execution” in Misrata, he wrote. Other stories he faked included hostage reporting in Egypt and a Sarajevo war story.

“No response would have been found satisfactory and sufficient” to the accusations against him, he wrote.

Bugingo noted that his statement was prompted by two of his former employers. He wrote:

“For 23 years I have led the life of a curious explorer of the world. I walked as a journalist, human rights defender, television producer, consultant, trainer, political commentator, evaluator, adviser, and on certain occasions, simply a friend of people in distressed countries. For 23 years I claimed an unusual career, driven by the same passion, the same curiousity towards others.  This life I am proud of and which today must be redacted of these errors that some want to use to erase everything else.”

Bugingo was suspended from several outlets earlier this month after La Presse reported that it found fabrications in his reporting, as iMediaEthics earlier reported. Bugingo quit 98.5 FM May 27 and Le Journal de Montreal, Le Journal de Quebec and TVA Nouvelles ended their relationships with him May 25.

Can COVID-19 last on glass? How many ventilators? And, the cost of direct cash payments
UK news broke guidelines with 'highly disturbing' footage of NZ terror attack