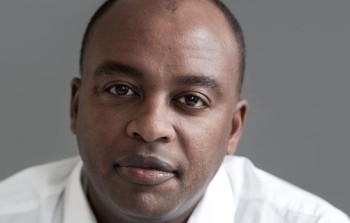 Francois Bugingo is officially out of the Federation of Professional Journalists in Quebec.

Bugingo voluntarily sent in his membership card to the organization, two weeks after fabrication allegations were made against the journalist.

Bugingo also included a letter in which he admitted without reserve his mistakes and the hurt it caused to the profession, the FPJQ said in a press release.

“This is however a sad day for journalism, but also a strong call for ethics and deontology,” the FPJQ’s Lise Millette told iMediaEthics today. “The journalism is a big mediatic power and he has to be linked to huge responsibilities and a unconditional engagement for facts and truth.”

On its website, the FPJQ calls for members to “take the moral commitment to respect the Ethical Guidelines for journalists.” The organization has the authority to suspect or kick out any member “whose conduct is deemed detrimental to the corporation or to the profession.” Before doing so, the group must have a hearing against the member explaining why they want to punish the journalist and allowing the member to respond to the claims.

Last week, the FPJQ called for Bugingo to speak before the group for a formal interview about the allegations so it could determine if it would revoke his membership. That meeting never happened.

Last month, Canada’s La Presse reported allegations that Bugingo made up some of his reporting, including war reporting.  Several news outlets suspended Bugingo after the claims, including Le Journal de Montreal, Le Journal de Quebec and TVA Nouvelles. They all suspended Bugingo and later ended their relationships with him. He also resigned from 98.5 FM after meeting with officials at the radio station.

While Bugingo originally defended his reporting as “always verified,” last week Bugingo came clean and confessed to “errors of judgment” and “the sin of pride.”

Al Qasimi family complains over 5 Outlets
Corrections: The Roomba didn't do it! Irish Libel Law, Irish or British, How many Troops Abroad?