How Not to Report on Suicide: Sharon Herald Story Crossed the Line - Page 3 of 3 - iMediaEthics 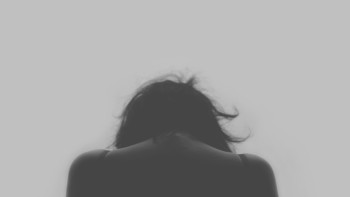 One of the most strikingly insensitive things about the Herald‘s article is the level of detail that paints a picture of Koscinski’s son’s death.

The description the Herald published remains in her mind. “Because of them I have clear and vivid picture in my head” of her son’s last actions and death, she says. “How do I make the thoughts go away? Will they ever go away? I feel like they stripped him of his humanity with no regard for him as a person who was loved by so many.”

In addition to the invasive descriptions, the Herald also featured, high up in its story, a past altercation involving Koscinski, complete with quotes from a judge about his mental illness.

At the time of that incident two years ago, the Herald sensationalized the story, Koscinski told iMediaEthics, and made things worse by again hashing out her son’s history in the press. “As if that were not painful enough to smear the Koscinski name all over the paper, they took this opportunity to dig up that painful tragedy and reprint it again, almost verbatim,” Koscinski said. “They must be so desperate for news.”

The Herald‘s readers agreed that the newspaper went too far. On Facebook and in the article’s comments, readers slammed the Herald for poor taste. Below, see a sampling of comments:

“People with mental illness are not crazy. They are people who got dealt an unfair card in life; a chemical imbalance in their brains which often results in a multitude of painful symptoms from depression, to mania, to psychotic thoughts and even voices that won’t ago away. The Herald‘s insensitively to my son as a person with real feelings and all those who suffer with mental illness is beyond wrong. It is an atrocity!”

Koscinski called for the newspaper to apologize to her family and the community for its poor judgment and exploitative coverage. “The Herald not only owes my family an apology, but we deserve a Front Page apology addressed to us and the community who rallied around us in our time of need.”

“When it comes to reporting suicides our policy is to report suicides when either it involves a public official or when the suicide is committed in public and requires first responders to the scene. The Koscinski suicide was reported for the latter reason. Were all of the details that were reported necessary, probably not.  We have reaffirmed with our newsroom staff the need to be more aware of what details we do and do not need to include.”

iMediaEthics also contacted the two reporters on the story,  Joe Pinchot and Melissa Klaric, several times over e-mail. In our e-mails to Pinchot and Klaric, which copied Sorg, we asked if any editors signed off on the story before publication, how many complaints the paper received, if the paper would apologize or respond to our criticism and if the paper was familiar with the basic standards for reporting on suicide or the SPJ’s ethics code.

iMediaEthics also called the paper and asked to speak to the reporters, editor and publisher. Reporter Joe Wiercinski said the new editor for the paper had not been assigned yet. “We are between editors” as the “long-timer” was being replaced in the past couple of weeks. He said the publisher, Sorg, was acting as editor and that policy dictates the reporters wouldn’t be able to comment and only the publisher could.

How to Report on Suicide

Andrew M. Seaman, ethics chair for the Society of Professional Journalists, told iMediaEthics, “It definitely goes beyond what you would expect or hope an article on an event like this would be.”

He agreed with iMediaEthics that it’s fair to report on a suicide if it’s in a public place or impacts the public. “If there’s a suicide in a public place…you wouldn’t want media to ignore it, but at the same time you don’t want to pander to what the code of ethics calls the prurient interest or really use language that would cause harm,” such as the vivid descriptions the Herald used.

Seaman suggested reporters covering suicide “think about how the family is going to feel, does the public need this info, what it’s going to cause the surviving members of the family,” before publishing stories.

The newspaper should have contextualized its reporting, for example, by instead of focusing on the details of the death, focusing on telling readers who Koscinski was or even not mentioning Koscinski’s name at first, Seaman said. “I think you need to spend a lot of time and care putting this into context.”

Instead the article “seemed like what could be pieced together with as much detail as possible,” Seaman said. “It didn’t help, it probably hurt,” Seaman commented, reminding that just because something is available doesn’t mean journalists should publish it.

When covering deaths or suicides, Seaman advises journalists take care in reporting to tell readers what “that person was like when they were alive since you’re painting a picture that will remain online going forward.”

He also advises journalists contact experts on suicide or mental health, or even victims’ rights advocates.

Ken Norton, the executive director for the National Alliance on Mental Illness, New Hampshire, told
iMediaEthics in a phone interview that “all of the graphic details are very inappropriate.”

An “ideal story” would focus on suicide prevention or inform readers how they can get help, like including the hotline for National Suicide Prevention, 1-800-273-8255, which can connect people in need of help with local crisis centers.  “Suicide is generally preventable when people know what the warning signs are and what is available for local mental health resources,” he said.

“One of the things we know is that research has demonstrated over and over again in the U.S., as well as internationally, that there is such a thing as suicide contagion,” Ken Norton, the executive director for the National Alliance on Mental Illness, New Hampshire, explained. “People who may be at risk for suicide or who may be contemplating suicide can be impacted by the suicide death or suicidal behavior of another individual.”

This is unique to suicide, he said, because “there’s no evidence that that occurs with DWI, for instance, or other types of high-profile behavior. And that connection to contagion is fairly well-documented as to how the media covers suicide. That’s why there are national and international recommendations that are quite clear about not covering suicide in the way this story was covered.”

Norton pointed not just to the best practices for reporting on suicide but also just basic sensibilities in not including such graphic information and imagery.

In addition, Norton noted that in 2013, the Associated Press advised the media to report on mental illness with care.

“When is such information relevant to a story? Who is an authoritative source for a person’s illness, diagnosis and treatment? These are very delicate issues and this Stylebook entry is intended to help journalists work through them thoughtfully, accurately and fairly,” AP Senior Vice President and Executive Editor Kathleen Carroll said at the time.

In 2015, the AP added guidelines for reporting on suicide, explaining: “Generally, AP does not cover suicides or suicide attempts, unless the person involved is a well-known figure or the circumstances are particularly unusual or publicly disruptive. Suicide stories, when written, should not go into detail on methods used.”

Amy Kulp from the American Association of Suicidology told iMediaEthics by e-mail, “Scientific research studies have found that certain types of news coverage of suicide deaths, including graphic images, method of suicide, etc., can increase the likelihood of suicide in vulnerable individuals. Conversely, responsible coverage of suicide can encourage those at risk to seek help.”

Citations for those studies are on the reportingonsuicide.org website, Kulp said.

She also referred us to the association’s guidelines for responsible reporting, which state:

“Risk of additional suicides increases when the story explicitly describes the suicide method, uses dramatic/graphic headlines or images, and repeated/extensive coverage sensationalizes or glamorizes a death.”