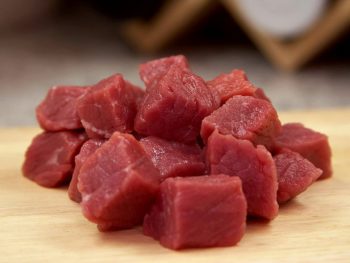 Would you hire a caterer who was “caught buying dog meat?” The UK Metro reported that Royly Da Silva, who owns a catering company, was busted in that very act. However, it turns out that the Indian food chef did not “buy dog meat.” His company does sell meat for both humans and dogs to eat, but the delivery truck employees failed to label the bags and, as a consequence, Da Silva was forced to destroy a half-ton of meat.

The Metro‘s Aug. 4, 2015 story was headlined “Indian food chef caught buying dog meat.” The story claimed Da Silva had to destroy the meat because it could have been mixed up in the delivery truck with pet food.

“Royly Da Silva, 37, who owns Indian and Goan catering company Royal Food, was ordered to destroy half a tonne of food after Swindon Borough Council investigators saw him buying the unmarked bags from a dirty, unrefrigerated delivery van.”

Da Silva got a correction from the Metro, after complaining to the UK press regulator the Independent Press Standards Organisation. IPSO agreed that the headline was inaccurate. iMediaEthics has written to the Metro for comment.

After Da Silva’s complaint, the Metro changed its headline to “Indian chef’s meat delivery turns up in a pet food van” and added a note at the bottom of its article reading, “Since publication of this article, Mr da Silva has contacted Metro.co.uk to say that his meat supplier never sold him pet food or dog meat. We are happy to make this clear.”

However, Da Silva wasn’t satisfied with that note because it didn’t state it as fact but rather distanced the language to a he said-she said. To satisfy that complaint, the Metro added a new note at the bottom of its article which reads:

“The headline in an earlier version of this article stated ‘Indian food chef caught buying dog meat’. The article has since been amended and we would like to make clear that the court did not hear that Mr da Silva was caught purchasing dog meat.”

As a sidenote, Da Silva’s Royal Food is now closed and he had to pay “more than £6,500 after admitting 16 food hygiene breaches while operating his former catering company,” the Swindon Advertiser reported last April.