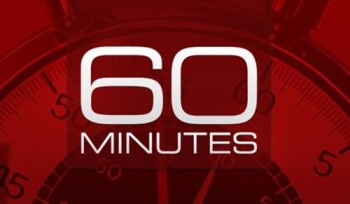 CBS News’ 60 Minutes is reviewing Lara Logan’s October program that featured Dylan Davies discussing his role and presence in Benghazi during the 2012 attack on the U.S. consulate.

McClatchy DC quoted a 60 Minutes spoksperson, Kevin Tedesco, last week as saying CBS News is in the middle of “a journalistic review” of the episode that started “the moment we confirmed there was an issue in our story.” The review is “ongoing.”

Davies has been discredited as a source and 60 Minutes’ Lara Logan has apologized for CBS News’ “mistake” in trusting Davies.  As iMediaEthics has written, Davies told Logan that he was at the compound the night of the attack, but after the program aired, the Washington Post and Daily Beast reported that Davies’ incident report said he wasn’t there.  Davies claimed that the incident report was bogus, but then the New York Times reported Davies also told the FBI that he wasn’t at the compound. The day after the New York Times published its report, Logan appeared on CBS This Morning to apologize and said it was “misled” by Davies’ story.

While the program did air a brief correction Nov. 10, it didn’t explain how 60 Minutes was duped by Davies; its correction was slammed. Media Matters has a collection of critical responses including PBS ombudsman Michael Getler’s comment that the apology “fell way short of what was needed.” He added, that “60 Minutes should have done a segment on what went wrong, not just a brief apology.”

Dan Rather, who left CBS News shortly after his 2004 60 Minutes II report about George W. Bush and his National Guard service based on bad information, commented on a radio interview with Joe Madison that the Benghazi report is not just Logan’s fault. (Rather’s inaccurate Bush report has been compared with Logan’s failed report.)

“There is a tendency when these kind of things happen to blame the correspondent whose voice and face was on the story, but whatever happened and however it happened, people in the corporate hierarchy of CBS News and leaders of the news division share at least as much of whatever blame there is to be as the correspondent, but they try to make it appear their fingerprints aren’t on it,” Rather told Madison, according to Politico.

Rather went on to call or transparency from CBS.

As iMediaEthics has written, 60 Minutes didn’t disclose that relationship to viewers in its original broadcast on Davies.

According to the Daily Beast, Davies said “on Sunday November 3 at 4:00 a.m., he was hand-delivered a note to his home address in Wales that said, ‘Stop talking now or your wife and son will disappear.”

The police in South Wales confirmed to the Daily Beast it was “investigating this allegation.”

In the email to Robinson, he went onto say, “Due to this threat I will not discuss the book with anyone under any circumstances for the foreseeable future, I am not prepared to put my family in danger. I stand by my story however I understand that it continues to be rubbished, which I expected.””

Davies added that he has “no way of defending myself at present” and “I will not be in touch again for a while, I’m sorry for the trouble this book has caused.”

Outstanding Questions about the Report

New York Magazine‘s Frank Rich argued that 60 Minutes’ Benghazi report was a flat-out hoax. and shouldn’t be excused as an error.

“Lara Logan’s story was not a mere journalistic mistake, but a hoax comparable to such legendary frauds as Life magazine’s purchase of the billionaire Howard Hughes’s nonexistent “autobiography” in the seventies and Rupert Murdoch’s similarly extravagant embrace of the bogus Hitler “diaries” in the eighties,” Rich said.

Rich outlined key questions about how the story made it to air. Questions included

“How could Logan (by her own account) have worked ‘for a year’ on this report and not done the elementary cross-checking that allowed Karen De Young of the Washington Post to expose the fraud almost immediately after it aired?”

“This is a big deal,” Rieder added, listing some of his own questions for CBS including for more details on the fact that a CBS-owned company published Davies’ book, the fact that the story fell apart so quickly, and why CBS didn’t disclose its publishing arm’s relationship to the source.

Separately, USA Today, which had reported on the original broadcast at the time, issued a correction on its Oct. 30 story, “Lawmakers to use nominees as leverage for Benghazi info.”  The correction reads:

“Corrections and Clarifications: CBS’ 60 Minutes has retracted its reporting involving “Morgan Jones” and has issued an apology. The 60 Minutes report is quoted extensively in this article.”