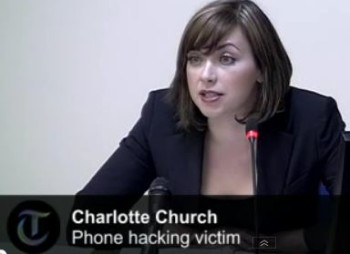 The Independent reported that the settlement came “just days before it was to go  to trial.”  The Guardian noted that Church was the last person to settle from the News of the World “test cases.”

Late last year, Church testified at the UK Leveson Inquiry into press standards and labeled the media’s reporting on her “utterly horrifying at times.”  Chuch noted that News of the World reported “her father was having an affair and that her mother attempted suicide” and that the Sun reported on her pregnancy “bedore she had even told her family.”