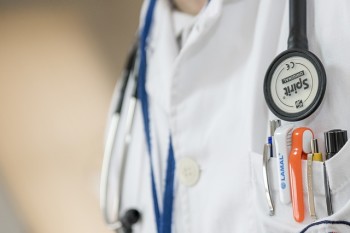 Asia TV Limited must pay a  £25,000 fine after one of its channel’s programs gave bogus medical advice for treating cancer and hernias.

Yoga for You, a Hindi-language show on Asia TV Limited’s Lamhe TV, a channel with a South Asian community audience, told viewers to use “ayurvedic products and alternative remedies” only to treat cancer.

“The claims made in the programme amounted to medical advice and as a result some viewers with serious medical conditions might not seek, forego, or delay convention medical treatment on the basis of what they had seen,” OfCom wrote. “Therefore, as a result, there was an appreciable risk of harm to viewers who actively followed the alternative treatments promoted in the programme.”

Further, the program let the doctor “give unsubstantiated and unqualified medical advice with significant potential for harm to viewers,” OfCom ruled, noting that Lahme TV didn’t give any “warning or information about Dr. Naram’s advice,” including recommending viewers see doctors for traditional advice.

“Generally accepted standards must be applied to the content of television and radio services so as to provide adequate protection for members of the public from the inclusion in such services of harmful and/ or offensive material”.

Asia TV Limited admitted it made “human error” and that “such content is unacceptable” when contacted by OfCom. The network also said it didn’t mean to show the episode in the UK and that it was only broadcast because a new employee put the wrong tape in the server. Further, the station said it suspended the program after the complaints, reviewed all of its shows before airing, and trained staff.

The network complained the fine was too much given the network didn’t make any money on the 11-minute segment, the show was aired “when the channel had a relatively low audience” of about 4,167 people, and the network took steps to prevent future incidents.

But since the episode had serious consequences – giving medical advice that could harm viewers — OfCom ruled it needed to impose a hefty penalty.