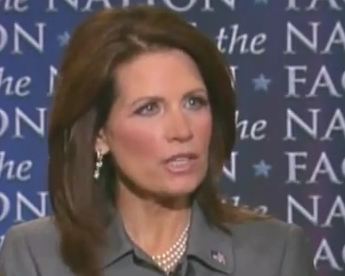 GOP presidential candidate Rep. Michele Bachmann accepted an apology from Fox News’ Chris Wallace after Wallace asked Bachmann on air June 26 if she is “a flake,” according to Media Bistro’s TV Newser and Mediaite.

Wallace preceded the “flake” question by commenting that Bachmann has a reputation of “questionable statements.”  Bachmann responded, “Well, I think that would be insulting, to say something like that,” according to a transcript from the program.

Wallace also apologized to viewers for the “flake” question in an online video after the show aired, the Huffington Post reported. Wallace stated: “A lot of you were more than perturbed, you were upset and felt that I had been rude to her. And since in the end it’s really all about the answers and not about the questions, I messed up. I’m sorry. I didn’t mean any disrespect.”