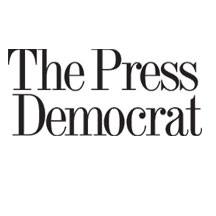 The Press Democrat, a daily newspaper in Santa Rosa, Calif., is being sued for libel over stories that suggested banker and developer Bill Gallaher used his son-in-law, Scott Flater, to donate money to political candidates.

The pair claim the newspaper libeled them with “four stories published in October and November detailing $195,000 in independent expenditures reported by Flater to support three council candidates,” the Press Democrat reported.

Gallaher and Flater’s lawyer, Michael G. Miller, told iMediaEthics by e-mail, “neither my clients or I wish to litigate the matter in the press.” iMediaEthics has written to the Press Democrat for comment.

iMediaEthics reviewed the lawsuit, which called for a retraction on Nov. 21. The lawsuit also denies that Flater made donations on behalf of his father-in-law. The suit states, “The political contributions from Plantiff Scott Flater were made on his own and did not originate from Plaintiff William Gallaher. Neither of the Plaintiffs violated state or campaign finance rules. Plaintiff William Gallaher has never used anyone, including family members to make political contributions on his behalf.”

“The Press Democrat is being sued for fairly and accurately reporting on the source of $195,000 in political contributions to the City Council election. As a part of its reporting, the newspaper made repeated efforts to interview Mr. Flater and Mr. Gallaher about the source of the contributions, but they repeatedly refused to comment. The Press Democrat will vigorously defend its reporting on this matter of significant public interest.”

The articles reported Flater reported through filings that he spent $195,000 in political races for candidates Ernesto Olivares, Jack Tibbetts and Don Taylor.

In the lawsuit, the pair deny that Gallaher “used anyone, including family members, to make political contributions on his behalf.”

Specifically they are suing over these articles: