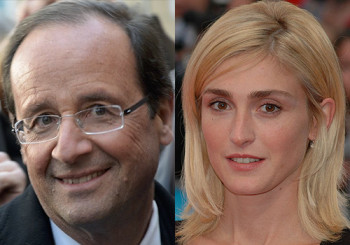 French actress Julie Gayet won her privacy lawsuit against French magazine Closer over photos alleging she was having an affair with France’s president Francois Hollande.

Gayet sued Closer in January over the seven-page report, as iMediaEthics wrote at the time. Hollande said he did not sue because of his position as president, but did not deny or confirm the affair claims. Shortly after the Closer report, Hollande formally split from his long-time partner Valerie Trierweiler.

In addition, Closer must print the court’s ruling on its front page, the BBC and Sky News reported.

Her lawyer, Jean Ennochi, said of the media coverage of his client, according to the AFP:

“She was assaulted by swarms of photographers … it was like the hunt of a wild animal.”

Closer‘s lawyer Delphine Pando had defended the photos as in the public interest.

iMediaEthics has written to Closer for comment about the ruling and will update with any additional information. We’ve also left a message for Gayet’s lawyer requesting comment.

Getty Images published a photo March 6 of Closer’s lawyer Pando on her way to a hearing.  According to that photo caption, Hollande’s former partner Trierweiler also was awarded damages over photos published by the press.

The March 6 AFP/Getty caption reads in part: “On the same day, Trierweiler won 12,000 euros ($16.500) damages in an action she launched over pictures of her recovering from their break-up on a tropical beach.”

According to a March 6 AFP news story, Trierweiler won the privacy lawsuit against Closer over its photos of her on the beach in Mauritius after she and Hollande ended their relationship. The ruling stated, according to the AFP:

“The number of photographs taken, obviously with a telephoto lens, suggest she was subject to intrusive surveillance by a photographer.”