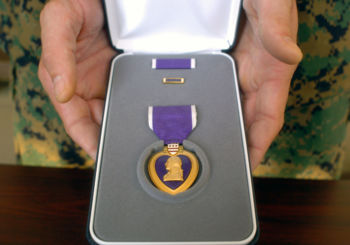 1.GQ messed up in an Oct. 29 article about Alexander Vindman. It originally claimed Vindman received a Purple Heart for a wounder from an IUD, an intrauterine device.

In fact, Vindman was wounded by an IED, an improvised explosive device.

“NOTE: This story has been updated. Alexander Vindman received a Purple Heart after being wounded by an IED, or improvised explosive device, not an IUD, or intrauterine device. We regret the error.“

The New York Times misreported on the Ann Arbor News in a recent article about small newspapers in the U.S. The error said the news outlet closed completely, when it fact it has a twice-weekly print newspaper and website.

“An article on Sunday about the loss of small newspapers across the country referred incorrectly in some instances to the closing of The Ann Arbor News’s daily print operation. It transitioned from a daily print and online newspaper to a twice-a-week print publication with stories published on MLive.com. It did not shutter its print edition and end its online presence.”

3. Whoops didn’t mean to say lawyers were behind a witch hunt?

The Mail on Sunday posted an Oct. 3 correction that certainly was eye-catching. The correction reads:

“An article on 17th March 2019, alleged that two law firms KRW Law and Madden & Finucane were behind a probe and ‘witch hunt’ into killings by British Troops during the Irish troubles and were secretly receiving millions of pounds in Legal Aid.

“We acknowledge that these allegations were wrong and we had not intended to impugn the professional integrity or impartiality of either firm who act for clients on all sides of the political and religious divide. We apologise for any unintended suggestion to the contrary.”

4. Is the new Tesla a Truckla?? The Toronto Star fell for a parody video and reported that Tesla’s new pick-up truck would be called the Truckla.