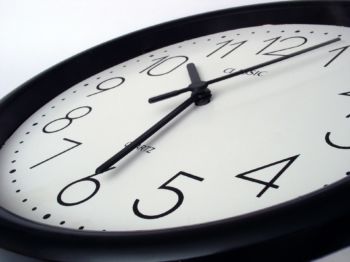 iMediaEthics’s latest roundup of amusing or noteworthy corrections in the news media includes a news outlet being duped by a fake Twitter account, an error in reporting when the Sept. 11 terrorist attacks happened, a mix-up of Russians and Republicans, and a factoid about daylight saving time and President George W. Bush.

Read the collection below:

1. When is Daylight Saving Time?

“News: An earlier version of this story misstated when daylight saving time took place annually before it was extended by President George W. Bush. https://www.usatoday.com/story/news/nation/2019/10/29/daylight-savings-time-2019-what-states-want-make-dst-permanent/2494759001/”

“During a report about the decision to scrap a vote to abolish the Labour deputy leader post, our correspondent quoted a tweet that they believed was posted to Tom Watson’s official Twitter profile. However it has come to our attention that the tweet that was quoted in the report was taken from a fake Tom Watson Twitter account.”

“News: In a story Oct. 18 about Tulsi Gabbard and Hillary Clinton, The Associated Press reported erroneously that Hillary Clinton said she believes the Russians have “got their eye on somebody who’s currently in the Democratic primary and grooming her to be the third-party candidate.” She was referring to Republicans, not Russians, according to an aide. https://www.usatoday.com/story/news/politics/elections/2019/10/18/tulsi-gabbard-fires-back-hillary-clinton-suggestion-shes-russia-pawn/4027196002/“