Corrections: Megadeath or Megadeth, Not Cockfighting

Corrections Roundup: Megadeth or Megadeath? Not the owner of a Cockfighting Ring 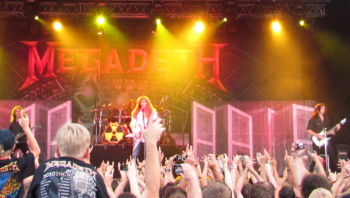 Sometimes, the error isn’t as noteworthy as the context. In 2015, the Wall Street Journal misspelled the name of the heavy metal band Megadeth, as Megadeath. Nearly three years later, the Journal published a correction.

The Jan. 11, 2018 correction reads: “The heavy-metal band Megadeth’s name was misspelled as Megadeath in a May 22, 2015, article in the Mansion section about empty nesters who redo their children’s rooms.”

Glad the WSJ cleared this nearly three-year-old mistake up: pic.twitter.com/BRucsCNYeZ

2. Not the owner of a cockfighting ring?

Cambodia’s Phnom Penh Post wrongly identified the wife of a man who was killed during a police crackdown on cockfighting as the owner of the cockfighting ring. According to the newspaper, Seak Ron was killed “allegedly by stray bullets fired by police” on the balcony of his apartment on the third floor of a building; his wife, Nob Sophanny, said her husband was not involved in or gambling on the cockfight.

Correction: Due to an editing error, a previous version of this article mistakenly stated that Nob Sophanny is the owner of the cockfighting ring. The owner is not known at this time.

3. Geography errors are fairly common, and the New York Times made one such error this month. The Times said Quito is a city in Peru, when it is in fact in Ecuador. Not only that, but it’s Ecuador’s capital city. The correction reads,

“An article last Sunday about new lodging options around the world misidentified the country where Quito is. It is Ecuador, not Peru.”

4.  Yahoo News published a photo and an excerpt of a news story about deaths after mudslides in California. The photo showed a girl with braces who was at least ten years old. But, Yahoo News’ photo caption identified the girl as a 3-year-old. 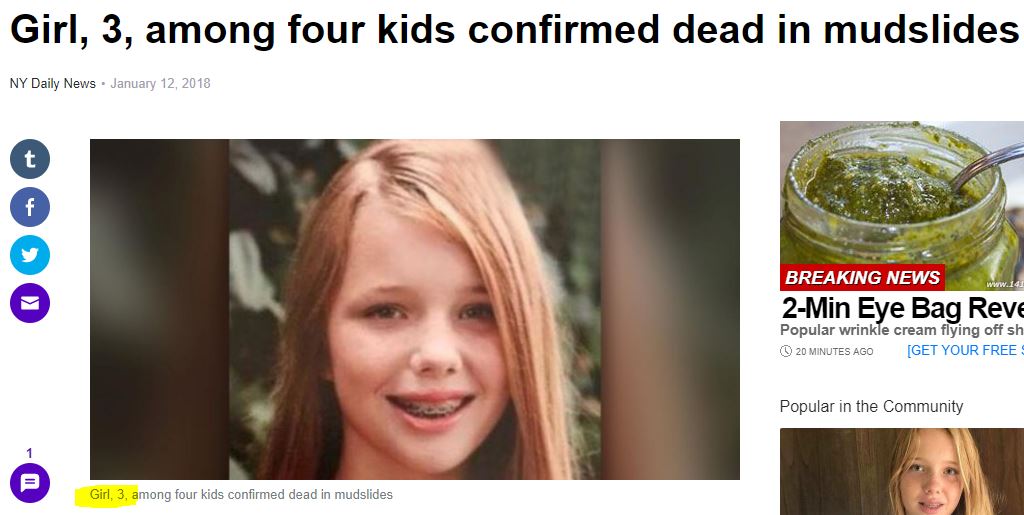 A reader flagged the error, writing in the comments of the article:

“Girl, 3, among four kids confirmed dead in mudslides” is the caption to a picture of an adolescent girl in braces. Internet news fails once again. No wonder “alternative facts” are eroding trust in the news and blurring the line between truth and propaganda.”

iMediaEthics has written for a correction; Yahoo News hasn’t responded but did change the photo without transparency.

Corrections Roundup: Megadeth or Megadeath? Not the owner of a Cockfighting Ring