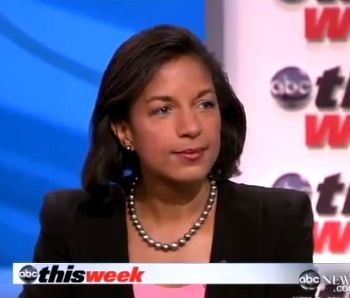 A recent poll from National Journal, a Washington D.C. “news magazine,”  finds that a majority of the public would support the confirmation of current U.S. Ambassador to the United Nations, Susan Rice, as Secretary of State, if nominated by President  Barack Obama. She would replace retiring Secretary Hillary Clinton.

The poll is a classic case of creating the illusion of a widely informed public.

Let me quickly add that whether Rice is nominated and confirmed, or not, is not my concern in this blogpost. My only concern is whether the poll gives us a good measure of what the public is thinking.

The National Journal poll suggests that almost nine out of ten Americans (86%) have a meaningful opinion on this matter (51% say yes to confirmation, 35% say no, while 14% volunteer they have no opinion).

The problem is that another poll, conducted by CNN only a couple of weeks earlier, found that only 61% of Americans felt they knew enough about her to say if they felt favorable or unfavorable about her (35% did, 26% did not – 39% said they hadn’t heard of her or were unsure if they had).

Even the 61% figure is inflated because the poll first told respondents that Rice was the country’s U.N. ambassador. Had that not been done, probably many more wouldn’t have recognized her name at all.

So, how can 86% of Americans have an opinion on Rice’s possible nomination to Secretary of State when, at most, just 61% of Americans know who she is?

Pollsters get around the problem of public ignorance by giving information to respondents in the sample. That’s what the National Journal poll did:

“As you may know, President Obama is considering nominating Susan Rice, the U.S. ambassador to the United Nations, to be Secretary of State. Some Republicans oppose her nomination because they say she provided misleading information about the role of terrorists in the recent attack on the U.S. consulate in Benghazi, Libya. Democrats say Rice was only relying on information about the attack provided to her at the time and that the president is entitled to place his own choice in the position. If the president nominates Rice as Secretary of State do you think the Senate should confirm her nomination or reject her nomination?”

Of course, pumping the respondents with this information means they no longer represent the general public, because not everyone in the country has the same information that the poll provided.

But by giving respondents information, and then pressuring them to come up with an immediate opinion, pollsters create the illusion of a highly engaged and informed public. That’s something to keep in mind whenever we see polls that presume to tell us what public opinion is about policy matters.