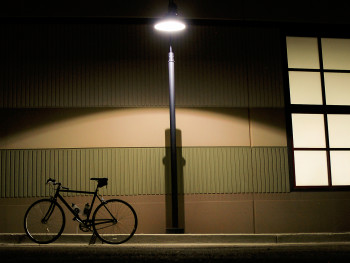 Well, that is the headline. The fine print (methodology statement) shows that Cruz’s lead of two points, 28% to 26%, is well within the poll’s margin of error.

Still, that Trump and Cruz may be tied in the national electorate contradicts what other polls have been showing, including the latest Quinnipiac poll, conducted Feb. 10-15, about the same time as the NBC/WSJ poll. According to Quinnipiac, Donald Trump holds a two-to-one lead among Republican voters nationally – 39% for Trump, 19% for Marco Rubio, and 18% for Ted Cruz.

These results are more in line with the average of all national polls, compiled separately by HuffPost Pollster and RealClearPolitics, which show Trump with 18-point and 13-point leads respectively. 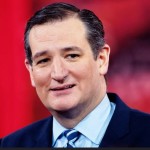 So, pollsters and pundits don’t know what to make of this new NBC/WSJ poll. As HuffPost notes, “The results mark a dramatic shift, or a dramatic outlier.”

The article goes on to quote Bill McInturff, one of the pollsters overseeing the survey, who seemed uncertain about the results himself. The poll might be “right on top of a shift in the campaign,” he said, or it could indicate “a momentary ‘pause’ before the numbers snap back into place.”

In any case, this focus on national sentiment is a quadrennial exercise in the streetlight effect: looking for information where it’s convenient, rather than where useful information might be found.

As we all know, there is no national primary. A poll of potential primary voters across the country is thus an examination of at best a hypothetical, but totally non-existent, electorate. Pollsters do it because it’s convenient – it’s much easier to conduct a national poll, than a series of statewide polls, to see how the candidates are faring.

And, as we can see with the latest hoopla over the NBC/WSJ poll, the press eats up the numbers like they were a chocolate sundae. They have the illusion of substance, but any serious pundit will recognize them as junk food.

In both the Quinnipiac and NBC/WSJ polls, the respondents are all “registered voters.” Even if somehow the national sample had any utility, the inclusion of all registered voters would be a severe limitation, given the abysmal turnout in primaries and caucuses across the country (with the exception of the very earliest primaries in New Hampshire and South Carolina).

But the more serious limitations are that voters in early states have more candidates to choose from, and voters have a different electoral environment in which they vote. The first four “carve-out” states of Iowa, New Hampshire, South Carolina and Nevada – all permitted to vote before any of the other remaining states – produce results that give momentum to some candidates and that squelch the campaigns of others. In addition, in each subsequent state, there are many different attack ads, providing different information to those voters than what earlier voters might have seen.

Another problem with national polls: The state contests in February, March and early April may well determine the winner. Yet some seventeen states hold contests after the middle of April, including some of the largest: New York on April 19; Pennsylvania on April 26; and California and New Jersey on June 7. It’s quite possible the votes in these states will be virtually meaningless. Including respondents from any of the seventeen states, whose results may be overtaken-by-events, shows how useless national polls are.

If we want to know how Trump and Cruz will fare in the next primary in South Carolina, we need to look at the polls in that state – recognizing that many voters may be undecided and make up their minds close to Election Day. The national poll will provide little insight there.

As I suggested four years ago, in discussing the media’s obsession with national primary polls, such polls reflect how the candidates have been doing, rather than predict how they will perform in the next contests.

The relation between the national polls and the candidates’ state successes is not perfect. Too many “national” respondents simply aren’t playing close attention to all of the campaigning, which won’t affect many of them for a long time anyway.

But the point remains: The media’s addiction to junk food polls does not serve any of us well. We need to remember instead that it’s the number of delegates each candidate is accumulating, not the standings in national polls, which reveals the winners.