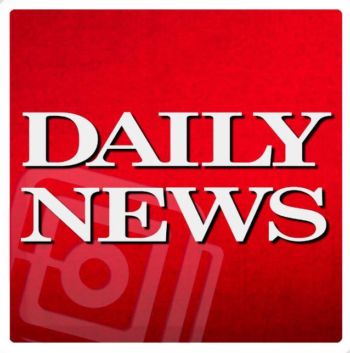 The New York Daily News released the results of its review of Kevin Deutsch (Credit: NYDN)

The New York Daily News published a story about a New Jersey gentleman’s club, Satin Dolls, being closed down for accusations of criminal activity, such as racketeering and prostitution.

The strip club was used as a filming set for HBO’s The Sopranos, so the December 2017 story was published with a large photo of  two women holding a picture of Sopranos actor James Gandolfini with the headline, “Rack Whack: Famed ‘Sopranos’ jiggle joint is shuttered.” The photo was published on page 18.

One of the club’s dancers, Diana LoMoro, is suing the newspaper for using a photo of her with the story, claiming it suggests she was involved in the alleged crimes. LoMoro alleges the Daily News defamed her and invaded her privacy.

LoMoro’s lawyer declined to comment but requested we not use the photo in question. iMediaEthics has written to the Daily News.

The photo was “an unflattering , edited photograph,” LoMore’s lawsuit says, and LoMoro called for a retraction and apology before filing a lawsuit.

LoMoro’s lawsuit calls for general damages, special damages, and punitive damages, legal fees and a retraction. It was filed in the U.S. District Court for the Eastern District of Pennsylvania.