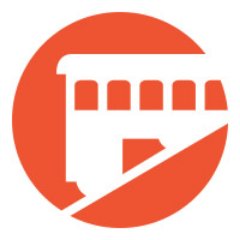 This past week has seen a Twitter controversy within a larger, political controversy. It started with ESPN commentator Jemele Hill’s provocative tweets about Pres. Donald Trump. ESPN public editor Jim Brady responded to the backlash against the network caused by Hill’s tweets.

Next, Dave Lozo, a freelancer for Spirited Media’s The Incline, tweeted critically of Brady’s column, calling the public editor the “dumbest person alive.”

Why is that a problem? Brady, ESPN’s public editor, is also CEO of Spirited Media, which owns The Incline, a Pittsburgh-focused news site. Lozo was a seasonal freelancer for the Incline who provided a weekly column about the Pittsburgh Penguins, The Incline‘s sports editor Dan Levy told iMediaEthics.

Brady said The Incline canned Lozo because “I have the freedom not to use him as a freelancer,” Awful Announcing reported. He fired him, not because of the disagreement, but because his comments were made “in a public forum.”

Lozo also tweeted, “I 100 percent agree with @jemelehill’s assessment so if any site that pays me for words wants to drop me over that go wild.” Brady took him up on that, with Lozo later tweeting, “I no longer write for @theinclinepgh as a result of this and referring to @jimbrady as the ‘dumbest person alive.’ I stand by all I said.” He continued, “I’m told the reason I won’t be back next season is the ‘dumbest person alive’ thing more than Trump/Jemele stuff, but tomato, tomahto.”

Brady responded on Twitter to Lozo calling him the “dumbest person alive,” writing, “Somehow, despite my idiocy, I’ve done OK for myself. But, hey, if it makes you feel better to be a loudmouth showoff, have at it.” Further, Brady commented, “There are way too many guys like you out in social media. Can’t just disagree, gotta go after people personally to show off your bonfides. [sic]”

Lozo told sports site Awful Announcing that he didn’t know Brady was in charge of The Incline‘s parent company when he sent his tweets. “I didn’t realize he was the CEO of a place I freelanced for until I got the email this afternoon saying they couldn’t use me this season, which is totally fair,” Lozo is quoted as telling the site. “You call the CEO the dumbest man alive, there could be consequences. No problem at all there. It had to end one way or the other at that point. But yeah, if I knew then what I know now, I’d still think/say the same things. I don’t think I said anything controversial or wrong.”

While Lozo might not have known who Brady was, Brady told iMediaEthics he was aware that Lozo wrote for his site. He confirmed Lozo’s comment that Brady was the “dumbest person alive” was the “tipping point.”

“He didn’t have to agree with the column; some of my own staff didn’t,” Brady e-mailed iMediaEthics. “But, if you want to make it personal, that’s different.”

Brady re-tweeted Lozo’s tweet about losing his writing gig at The Incline, adding “dumbest person alive or not, I’m not a sucker. Try that on anyone else you work with, pretty sure results will be the same.” He said Lozo only lost his freelance gig “because of the insult.” He explained, “Your opinion is yours, but I’m under zero obligation to continue to use you.”

The Incline‘s sports editor Dan Levy tweeted that the decision to stop publishing Lozo was “my call as his editor.” Levy explained, “You can’t call someone that and still take his $ and Dave knows this.”

“Jim, The Incline editor Lexi Belculfine and I discussed the situation over the weekend and we agreed that it made sense for us to end the relationship,” Levy e-mailed iMediaEthics. “As Dave was hired and edited by me, I made the call to email him Monday afternoon, shortly before he tweeted about it.”

iMediaEthics has tweeted to Lozo for his take on the matter and e-mailed Brady.

@davelozo To be clear, this was my call as his editor. You can’t call someone that and still take his $ and Dave knows this.

I no longer write for @theinclinepgh as a result of this and referring to @jimbrady as the "dumbest person alive." I stand by all I said.

me: well, at least the weekend is here and ESPN can't make this any worse
ESPN's out of touch dad that uses 2,000 words when 600 will do: https://t.co/wXe6VobBWF

Never worked with you, didn't know you existed until 2 days ago. I'd never have to "try that" on anyone I work with because they're not you https://t.co/fdYyYDuXhu

the dumbest person alive is deleting his stuff after hours of jamming it down your throat pic.twitter.com/uLzu3UZekw

I can confirm this, and that is was only because of the insult. Your opinion is yours, but I'm under zero obligation to continue to use you. https://t.co/N0OsUMRLe8

Dumbest person alive or not, I'm not a sucker. Try that on anyone else you work with, pretty sure results will be the same. https://t.co/N0OsUMRLe8

There are way too many guys like you out in social media. Can't just disagree, Gotta go after people personally to show off your bonfides.

Dan Levy is sports editor for the Incline; one reference referred to him only as editor.