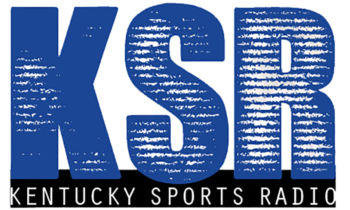 Kentucky Sports Radio began its “attack” on Higgins “immediately after the game,” the lawsuit charges, saying he “has been a part of some of Kentucky’s most painful losses.”  Higgins, his wife and their Nebraska roofing company Weatherguard, are suing Kentucky Sports Radio, its founder Matt Jones and its managing editor Drew Franklin. The lawsuit was posted by Deadspin.

“A critique or two, with lively language, is to be expected,” the lawsuit says. “Death threats and defamatory messages in the thousands that lead to a serious disruption in a referee’s business are not to be expected, are tortuous, and are to be met with the full force of the civil action and the penalties awarded thereunder.”

The lawsuit alleges that after a video was posted online with Higgins’ business contact information and home phone number, Kentucky Sports Radio referenced it on air, at first saying that it would be “harassment” to leave Higgins’ company bad reviews. Kentucky Sports Radio also published numerous articles about Higgins, including comments that featured the video and Higgins’ company website, and a March 28 article that linked to the video.

According to the lawsuit, Higgins’ company “received over 3,000 phone calls during the two days after the Game, of which approximately 75% were from Kentucky area codes.” Further, “because of the non-stop harassing calls,” real customers couldn’t contact his business, the lawsuit says. His company received “181 false reviews” on Google, and he personally received death threats, the lawsuit states. As such, he obtained a bodyguard before refereeing a game a week after the Kentucky game, according to the lawsuit.

The Higgins lawsuit against KSR is frivolous and without any legal merit whatsoever. We will defend it and expect a favorable result quickly