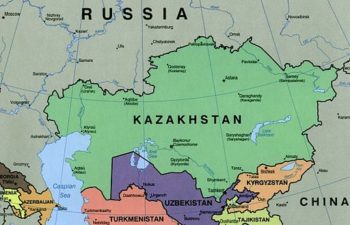 The Kazakhstan state-run TV News channel, First Channel Eurasia, aired a fake broadcast that claimed one of its hosts, Aimira Shaukentaeva, was being interviewed by Russian journalist Vladimir Pozner. According to Global Voices, Pozner is “Russia’s most famous interviewer and a rare independent voice on Russian television.”

Because of the fakery, First Channel Eurasia host Ruslan Smykov, who broadcast the interview in his program, has left the station.

Pozner said the interview was “fake” and “colossal stupidity” in an interview with Radio Free Europe/Radio Liberty. He told news website Kazday, according to English-language EurasiaNet, “This is a complete fake from start to finish.”

Pozner confirmed via e-mail to iMediaEthics that the interview was a fake and said the station’s chief producer apologized to him.

First Channel Eurasia admitted the interview was a “joke” and not real. According to Kazakhstan’s Today, the interview has been removed.

One such exchange from the faked interview, according to the BBC, was:

Pozner: “What do you dislike most about yourself?”

Shaukentayeva: “Cowardice… the worst of evils.”

Kazakhstan’s Information Minister Dauren Abayev commented that the fake interview was a “very unfortunate joke” that would hurt the TV station’s “reputation” because “it could lead to a situation in which, when that channel provides real news, the population can view it as fake news,” Global Voices reported.

“The channel did not alert viewers to the fact that the interview was not real at the time it aired, and did not admit it was a ‘joke’ until after a furor on social media and a refutation by ‘representatives of Vladimir Pozner’ carried by various privately owned Kazakh media outlets,” according to Global Voices.

iMediaEthics has written to First Channel Eurasia for more information. 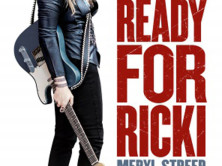