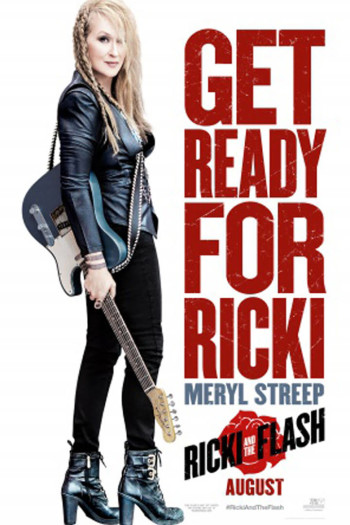 Meryl Streep’s comment “We’re all Africans, really,” has gotten much media attention. But Mashable has issued a significant correction to its story about the acclaimed actress and that reported comment.

Mashable had reported Streep’s comment was in response to questions about diversity on the Berlinale International Film Festival jury she was leading, but she was actually responding to a specific question about movies.

Streep’s quote “was a direct response to a question about Arab and African films, not a response to questions about the Berlinale Film Festival’s all-white jury, as the article and headline originally suggested,” Mashable admitted in a correction atop its Feb. 11 article,” “Meryl Streep on diversity:’We’re all Africans, really.”

“A recording of the panel shows that Streep’s original comments were misrepresented in subsequent reports,” Mashable explained.

Mashable provided the background between an Egyptian reporter and Streep’s exchange:

“At the panel, a reporter from Egypt spoke about how the festival had a film ‘representing Tunisia, the Arab world and Africa in the main competition’ and followed that up with a question for Streep: ‘How do you see this part of the world? And is it easy for you to understand that culture? And are you following any of the Arab movies?’

“This was Streep’s response.

“‘Yes, in fact I’ve just seen a film called Theeb, which I loved. I saw Timbuktu recently … I don’t know very much about, honestly, about the Middle East, and yet I’ve played a lot of different people from a lot of different cultures. The thing that I notice is that we’re all, there is a core of humanity that travels right through every culture. And, after all, we’re all from Africa originally. We’re all Berliners, we’re all Africans, really.'”

Mashable’s story linked to the Associated Press’ story, which reported, “The Berlin International Film Festival became embroiled Thursday in the debate about diversity in the movie industry, with jury president Meryl Streep dismissing questions about the all-white panel by telling reporters that ‘we’re all Africans, really.'” iMediaEthics has written to the AP to ask if it posted a correction or update.

iMediaEthics has written to Mashable to ask how it learned of its error.

Mashable wasn’t alone in erring, though. BuzzFeed added a correction to its Feb. 11 story, “‘We’re all Africans,’ Says Meryl Streep on All-White Berlin Jury” admitting it made the same mistake. BuzzFeed’s correction reads:

“This post and headline has been corrected to accurately state the question Streep was answering. A previous version stated the question was about the lack of diversity on the panel. This post now includes her complete answer as well.”

E! Online added an update to its story reading:

“UPDATE: While speaking on a panel at the Berlin Film Festival earlier this month, Meryl Streep was asked for her opinion on the representation of Arab and African culture in films. Her widely circulated response was misinterpreted as being a comment on Hollywood’s diversity issue, when in fact she was discussing foreign filmmaking. The question and answer can be read in full below.”