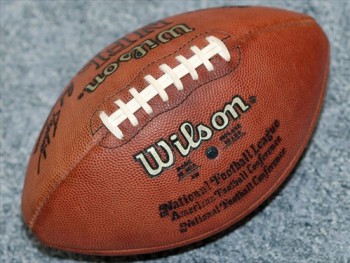 Deadspin’s article, published on Oct. 15, was headlined, “Is a Colorado Senate Candidate Lying About His Football Career?”

But today, Deadspin apologized for messing up the story about the Republican representative and Senate candidate, claiming that its source was wrong.

Deadspin’s editor Tommy Craggs transparently posted a story this afternoon detailing how the site got the original story wrong. Craggs’ post, “How Deadspin F**ked Up the Cory Gardner Story,” explained it looked into Gardner’s high school sports career after reading a Washington Post profile of him in which he said he played offense and defense for his school’s team.

Craggs said Deadspin called the high school’s “longtime stats keeper for the football team,” Chuck Pfalmer, and an editor at the local newspaper, and neither remembered Gardner as a football player. And Deadspin “could find no mention of Gardner’s football career in his online bio or in any article in the LexisNexis database.”

Deadspin also tried to track down a yearbook from Gardner’s high school years to see if there was any photo of Gardner in uniform but couldn’t find one at the school’s library, Craggs told the Washington Post‘s Erik Wemple.

According to Craggs’ post for Deadspin, Gardner’s representatives didn’t respond to its requests for comment before Deadspin published the story but then Gardner posted a photo of himself in his football uniform and denied the accusations in the story to Colorado media.

I never thought my unheralded sports career would make it onto @Deadspin pic.twitter.com/llKf62Z7UL #copolitics

And, crucially, Pfalmer, the source from Gardner’s high school, told the Denver Post a different story than he told Deadspin, Craggs said.

Craggs confirmed to the Denver Post that Gardner did play for the school’s team and the claims he wasn’t on the team were a “low blow.”

“We’re still not sure what happened with Pfalmer between his certainty Tuesday that Gardner hadn’t played and his certainty Wednesday that Gardner had—Pfalmer told us last night he’d checked his records after our initial conversation and discovered Gardner’s forgotten three years—nor can we explain why he is now giving Gardner a year on the varsity team that the candidate himself isn’t claiming,” Deadspin’s Craggs wrote.

He called it “sh**ty of us” to have made the error and that Deadspin needed to fall on its sword for the error.

Deadspin also published a long update on its original story and linked to Craggs’ letter admitting it messed up. The update reads:

“Update: Gardner campaign spokesman Alex Siciliano sent the following, presented in its entirety, via email: “Cory Gardner played football from Junior High through Sophomore year in high school.” Eli Stokols of FOX-31 in Denver is reporting the Gardner campaign told him, “Gardner played football through soph year of high school, never played varsity.” Reached Wednesday night at his home, Chuck Pfalmer, longtime stats keeper for Gardner’s alma mater, Yuma High School, and a primary source for the story, told me: “Cory did play football for three years” in high school, and that his records show that Gardner spent his junior year “on varsity.” During a lengthy conversation about Yuma High football on Tuesday, Pfalmer repeatedly said Gardner had not played football at the school.”

iMediaEthics is reaching out to Gardner’s campaign for comment.