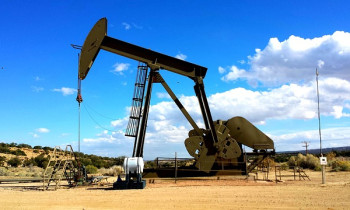 The Daily Mirror donated money to charity and apologized to oil executive Ayman Asfari after accusing him of “dealing with [the] Assad regime in Syria.”

Not only did the Mirror said this but the paper also published a photo of Asfari, who was born in Syria, with Assad to illustrate the Feb. 9 article, “Meet the 12 Tory fatcats receiving a £15m tax cut when care workers are underpaid,” the Press Gazette reported.

“Asfari has never had any dealings with the regime of Bashar al-Assad,” his lawyer Jonathan Coad said in court, adding that Asfari donates money to humanitarian aid in Syria and supports “the moderate opposition” to Assad.

His lawyer Coad explained away the photo showing th two together as taken before the Syrian uprising, taken after the tour of a plant that Asfari’s company worked on with a Canadian company. The Canadian company invited both men to the event, he said.

The article in question appears to have been deleted as its link goes to an error page.

The Mirror apologized in court, with its lawyer saying  “I accept on behalf of the Daily Mirror that neither Mr Asfari not Petrofac has ever had dealings with the Regime of Bashar al-Assad, and that Petrofac has had no dealings with any Syrian state enterprise since the uprising in 2011.”

The Mirror also published an apology on its website.

“On 9 February we published an article criticising Government tax cuts which we said benefited certain wealthy Tory donors. The article referred to Ayman Asfari and said that he had dealings with the regime of Bashar al Assad.

“Mr Asfari is the Chief Executive of oil and gas company Petrofac Ltd, his charitable foundation is a major donor to humanitarian relief in Syria, and he is a supporter of the moderate opposition to the Assad regime.

“We accept that neither Mr Asfari nor Petrofac has had dealings with the Assad regime, and in a statement read in the High Court today we apologised to Mr Asfari and agreed to make a donation to the work of Save the Children in Syria by way of damages.”