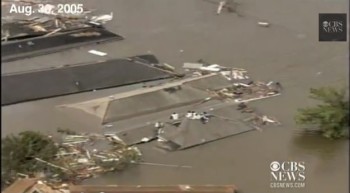 Talking Points Memo (TPM) recently reported on a new poll by a Democratic pollster suggesting most Louisiana Republicans are either stupid or ignorant. It’s a deceptive poll, showing that pollsters can at any time make the public look ridiculous. But in this case, it’s the polling group that was ridiculous.

According to the poll, conducted by Public Policy Polling, with results released “exclusively” to TPM (but picked up by other news organizations – for example, see the New York Daily News and Policy Mic), 29 percent of Republicans in the Bayou State believe that President Obama was more responsible for the poor federal response to Hurricane Katrina than was President Bush, and another 44 percent aren’t sure who deserves more blame.

As TPM editorializes, those are “eye-popping” numbers. After all, Hurricane Katrina made its devastating hit on the Louisiana coast in August 2005, eight years ago, when Bush was president, and more than three years before Obama was elected president. At the time, Obama was a little known U.S. Senator from Illinois.

How could Louisiana Republicans be so dense?

That, however, is not the first question I would ask about the poll results. Instead, I would ask: Why in the world did PPP ask the question – whether Bush or Obama was more to blame for the poor federal response to the hurricane – in the first place?

Clearly, the pollster knew Obama was not to blame, so including Obama’s name was intended to trick the respondents. And, indeed, many were tricked. Many others were apparently just confused.

Remember the situation: A person gets a phone call, and an automated voice begins asking questions (PPP uses robo dialing interviewing, rather than live interviewers, to conduct its polls). Who knows what the respondent might have been thinking about when the call was answered?

The first substantive question the voice asks is who the respondent would like to see as the GOP candidate for president in 2016. Then comes the next question:

“Who do you think was more responsible for the poor response to Hurricane Katrina: George W. Bush or Barack Obama?”

The question forces the respondent to immediately recall what they can about what happened eight years earlier. But as they begin thinking about it, some may be confused – why would the question mention Obama since he wasn’t president? But his name is mentioned in the poll, so it must be a legitimate answer. Then maybe some respondents think they misunderstood the question, that maybe the question was really about Hurricane Sandy. Of course, Bush wasn’t president then. So, what’s this question really all about?

Some 44 percent said they were “unsure,” but that doesn’t mean they were unsure about which president to blame. It could be they were simply unsure what the question could possibly mean. After all, they didn’t have an option that said, “This is a ridiculous question!”

And the 29 percent who blamed Obama may have been thinking that the question was really about Hurricane Sandy, not Katrina.

Whenever pollsters deliberately mislead their respondents, the results are bound to be confusing.

If the pollster had wanted to see whether Louisiana Republicans were really dense, PPP could have prefaced their questions, by reminding the respondents, “Think back about Hurricane Katrina that occurred in August 2005.”

That would have made sure the respondent wasn’t confused about which hurricane was being referenced. And it might have alerted them to the fact that they were being asked a trick question. But then maybe none of the respondents would have blamed Obama, and how interesting would that have been?

And maybe some Republicans didn’t think Bush was really to blame for the poor federal response at all, but the only option they had to express that opinion (besides choosing Obama, who wasn’t president then) is “unsure.”

So, the pollster creates the whole misleading scenario in order to show how really stupid some Republicans can appear to be, when the pattern of responses suggests the respondents simply didn’t know how to respond to an essentially stupid question.

Let’s admit it: The PPP poll says very little about the Louisiana Republicans. It says a great deal about how far PPP was willing to stretch polling ethics to get free publicity.