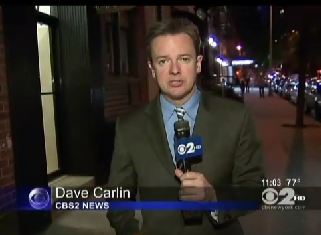 In the early hours of August 13, 2011, a man allegedly broke through the window of a young woman’s first floor Upper East Side apartment and raped her.  As awful as that crime may have been, the pain of the ordeal was compounded by local news outlets that, in their reports on the incident, essentially identified the alleged victim and reported her address.

Coverage of the break-in and rape added to the media flurry of reports of another case, of the “Upper East Side groper,” a man alleged to have been sexually assaulting women on Manhattan’s Upper East Side since January.

However, the reporting on the August 13 rape crossed the line from informing the public to invading privacy when the New York Post, CBS Local, and WPIX recounted narratives of the event that included clear pictures, videos and details of the victim’s neighborhood, her building and street number, the actual window where the break-in was said to have occurred, the background of the alleged victim, and the names of her adjacent neighbors.

For example, New York CW-affiliate WPIX showed an image of the building and the window of the woman’s apartment.  WPIX also stated the woman’s age and home state and disclosed her living situation.  The New York Post’s report added the name and age of her “next door” neighbor,” and her building’s superintendent’s first name.

New York City CBS-affiliate CBS 2 reported another neighbor’s name and gave a description of what the neighbor heard during the rape.  CBS 2 also included a video of the woman’s building, which clearly shows the building number. Furthermore, the report added the names of a neighboring building’s’ doorman, and other women who live near the victim.

The New York Post even reported that the alleged rape victim was left half naked in the hallway of the building while the alleged perpetrator escaped.

Before police had a potential culprit in this case, these news outlets all but identified the victim by name, creating a veritable composite sketch of this victim’s identity.  Is this what the victim, her family or friends wants to see when opening a newspaper?  Is that what she should contend with in the days following her attack, a trail of breadcrumbs to her front door?

Further, once the suspected rapist was arrested Aug. 14 by New York police, outlets such as the New York Post went on to report that the accused is claiming the victim consented to his advances after he broke into her apartment. This creates what iMediaEthics believes to be an even more uncomfortable public forum for the victim whose address is now knowable to anyone 24/7 on the web.

iMediaethics’ view is that more sensitivity should have been used in the reporting of this painfully personal crime.

iMediaEthics wrote to CBS Local, WPIX, and the New York Post for comment. We haven’t heard back but will update with any response.

While the U.S. Society of Professional Journalists’ ethics code has a few guidelines and advice for reporting on issues of privacy and crime, specifically media outlets tend to follow the SPJ’s advice to “Be cautious about identifying juvenile suspects or victims of sex crimes.”

The Constitution of the United States provides media outlets with the freedom of expression, which by implication also allows them to identify victims of sexual assault by name.  However, most U.S. journalists are self-regulating in this regard because of the negative impact wide notoriety can bring into the lives of any victim of assault.

As Scott Berkowitz, president and founder of the Rape, Abuse and Incest National Network (RAINN) said in a phone interview with iMediaEthics, journalists must maintain sensitivity in informing but not exploiting victims.

Berkowitz suggested that the Upper East Side case may serve as a case study for other local sexual assault reports.  Berkowitz went on to say that:

“The reporting in this case seems like a big city version of that rural dilemma.  However, if the news media is going to continue to grant anonymity to the victim, which we urge them to, there’s no point in granting that courtesy if you’re going to give revealing details of the crime for the public to read.”

Though her name was never used in any articles that iMediaEthics read, more than enough information cluttered the media reports to identify her.

Instead of naming the victim, media outlets sidestepped journalist norms by videotaping her window and address, and naming her neighbors and city of origin is not much of an improvement from naming her outright.

Berkowitz added that “The reporting in this case seemed to give more details than most journalists deem ethically appropriate.  The level of detail looks like they stepped over the line that we’ve come to expect journalists to abide by.”

When a hotel maid accused Dominique Strauss-Kahn of rape, U.S. news outlets strove to carefully report on the accusations without identifying the woman.  When the international press named the woman, who later came forward publicly in her charges, news outlets including Global Post, highlighted the U.S. standard of not naming sexual assault victims.

The Washington Post went so far as to delete all comments on articles about the case that named the woman before she came forward.

And yet, when the rape charges are confined to an private person who is not in the limelight, evidence indicates that local media — at least in this case — seem to have forgotten that there is a victim in the story.

Is this selective amnesia used by news outlets to sensationalize crime reporting in order to increase readership?

Rape in itself is a violation whose victims often don’t report the crime. Citing Bureau of Justice statistics on rape and sexual assault, the Rape, Abuse & Incest National Network (RAINN) states on its website that “60% of rapes/sexual assaults are not reported to the police.”

Berkowitz highlighted both the need for reporting rape to raise awareness of the crime and the need to treat victims with sympathy. He stated:

“The biggest reason that victims give for not reporting to police is that they consider it a private matter and want to put it behind them.  They don’t want the whole world to know.  Fear of public disclosure is likely to inhibit them.  On the flip side, rapists tend to be serial criminals.  When people read about similar attacks, it can also make other victims more likely to come forward because police will more likely believe their story.  However, the statistics are that 4 out of 10 victims report rape to the police, so anything that discourages the reporting of rape is unfortunate.”

Yet, these predictable consequences were not taken into account here, iMediaEthics finds.

Another Perspective on Anonymity in Rape Reporting

In a 2003 interview with CNN, Jamie Zuieback, spokesperson for the Rape, Abuse, and Incest National Network stated that she encouraged victims to allow journalists to use their names.

She goes on to say about anonymity that “At the same time, we recognize that this is a very personal crime. So it really needs to be something that victims have a choice of doing.” (emphasis ours).

It’s unclear (but highly unlikely) whether the victim gave journalists permission to display pictures and video of her building address and apartment window, or whether she greenlighted the printing of the names of her neighbors.  This may not identify her name, but it does allow a person, through minimal effort, to identify her.  Should a journalist be required to have the victim’s permission before publicizing these kinds of details?

As Nicholas Kristof wrote in a 2009 article about the handling of rape incidents throughout the United States, “With any crime, the key to criminal justice is to create disincentives and deterrence. But if victims don’t report crimes, then there’s no deterrence. It seems to me that one of the reasons to create a more sympathetic environment for victims, including prompt testing of rape kits, is to encourage reporting so as to get the criminal justice system working again.”

How can victims be encouraged to report rapes if afterwards their homes are filmed and their neighbors interviewed?  Kristof goes on to say that

“Newspapers have traditionally not reported the names of victims of sexual abuse, on the theory that the victim can suffer a reputational loss and humiliation in a way that is not true of other crimes. But there is some push back from those (I think Geneva Overholser was the first) who argue that this practice plays into the notion that the rape victim is somehow at fault. Others say that it is unfair to have an anonymous victim accuse a named suspect of rape. What do you think? I agree that it would be better if we could name victims of rapes as we do victims of armed robberies and assaults, but I don’t think we’re there yet as a society. The practical consequence of naming victims in newspapers would, I think, be a disaster: even fewer women (and men) would report rapes. So I vote for sticking with the existing policy until we’re all more enlightened.”

I could not agree with Kristof more, though it seems he’s not yet enlightened himself.  In a January 2010 article, he wrote on the tribal rapes that go on in the Congo.  Though it seems he had her permission, he reported the name and details of a nine-year old orphan’s rape, along with the fact that she contracted a sexually transmitted disease and has frequent pain when she urinates. It is iMediaEthics’ view that a 9-year-old could not give informed consent in this situation.  He went on to report that rape victims have an extremely difficult time getting married in that society, and if they do, they would get far less of “a bride price (a reverse dowry)” than a woman who wasn’t raped.

It seems in that article, the New York Times, considered by many to be the most elite among the print media, uses some of the same tactics as that of the New York Post.  In our view, what is sadly certain from both the Upper East Side and Congo crimes and subsequent news reporting is this:  though it may be inevitable that sex always sells, it’s become painfully clear that our society has devolved to a point where rape is just one more commodity that sells newspapers and creates clicks.

Vivek Trivedi has a bachelor’s degree in English and Political Science from Rutgers University, and a Juris Doctorate from Touro Law Center.  He currently works in an Intellectual Property, Internet, and Commercial Law firm, and has previously researched and written for several authors, activists, and human rights organizations.