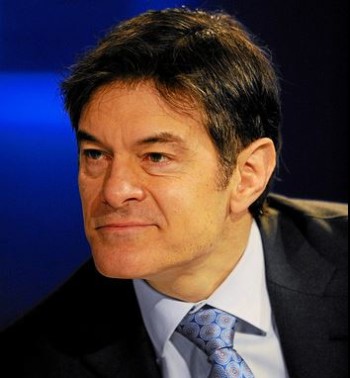 “I wish I’d never used the laudatory terms I used for weight loss supplements.,” Oz said. “That was the big mistake I think all of us acknowledge. I stopped doing that a long time ago, over a year ago.”  Oz went on, according to Mediaite:

“I never wanted my messages to be hijacked by marketers on the web that are stealing my name and likeness and trying to sell you products. I also realize there’s a lot of fraud in actually the products themselves…and the research behind it was often fraudulent. But I in general get it right.”

Last month, ten physicians complained to Columbia University about Oz’s position on the faculty. They complained Oz has “either outrageous conflicts of interest or flawed judgments about what constitutes appropriate medical treatments, or both,” CNN reported. Oz is the Vice Chair for the Department of Surgery.

They also claimed had “an egregious lack of integrity by promoting quack treatments and cures in the interest of personal financial gain.”

Oz countered, arguing that “I bring the public information that will help them on their path to be their best selves.” He denied any conflict of interest. He also spent “nearly 30 minutes on air” responding to the criticism, ABC News reported.

Last year, Oz appeared in front of the U.S. Senate to face questions about his show. “Subcommittee members took issue with assertions that Oz has made on his show about products that don’t have a lot of scientific evidence to back them up, such as green coffee beans,” CNN reported in 2014.

“At the time, Oz acknowledged that some of the products he advised his viewers to use ‘don’t have the scientific muster to present as fact,” the Associated Press reported.