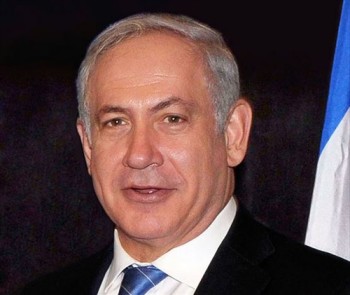 A CNN/ORC poll released last month reported that by a two-to-one margin, Americans opposed congressional leaders’ invitation to Israeli Prime Minister Benjamin Netanyahu to address Congress without first notifying the president. Just 33 percent said it was the right thing to do; 63 percent said it was wrong.

A few days later, Bloomberg reported that a poll conducted over virtually the same time period by Paragon Insights and sponsored by the Israel Project, a pro-Israel group, showed that “Americans want Netanyahu to speak.” Despite the headline, this poll didn’t find a majority in favor, just 47 percent, while 32 percent were opposed and the rest unsure.

How can pollsters create such diverse pictures of the American public, especially when the polls were conducted over essentially the same period of time?

Perhaps the most important thing to know is that most Americans really don’t know much about the matter. While CNN rarely asks about how much people might have been following any issue (including this one), Paragon Insights did ask how much people had “seen, read or heard of Prime Minister of Israel Benjamin Netanyahu giving a speech to a joint session of Congress on March 3, 2015?”

The results are instructive for understanding how polls can manipulate respondents into coming up with one opinion or another. Over half (56 percent) said they had heard “not much” (26 percent) or “nothing” (30 percent). Another 28 percent said they had heard only “some” information. Just one in six Americans (17 percent) claimed to have heard “a lot.”

With that kind of widespread inattention to the issue, respondents are highly vulnerable to manipulation. Having little or no knowledge of their own, most respondents will therefore depend on the information provided by the poll interviewers – either in the wording of the question, or other information directly provided in the poll – to make snap judgments for purposes of answering the poll question.

The CNN poll asked a simple, forced-choice question (with no explicit option to indicate no opinion):

“Do you think Congressional leaders did the right thing or the wrong thing by inviting Israeli Prime Minister Benjamin Netanyahu to address Congress without first notifying the president that they would do so?”

It was the 25th item in the poll, and by then respondents had gotten into the routine of answering questions to the best of their ability. For many respondents, this was the first time they had even heard of the invitation, but they knew their job was to offer an opinion as best they could. They were given two pieces of information – that congressional leaders had invited Netanyahu to address Congress, and that these leaders had not notified the president before doing so.

No doubt, for most of the respondents who were first learning of this event, the key part of the question was that – for some unknown reason – congressional leaders had not notified the president of this invitation. That sounded intuitively like the “wrong thing to do” and so most respondents answered accordingly. Just three percent volunteered they had no opinion.

This pro-Israel group was not about to allow respondents to come up with their top-of-mind views about the Netanyahu invitation without some priming. And, of course, it was essential to prime their respondents with the “right” information to elicit the views the group desired.

The priming consisted of providing two arguments – one in favor of the invitation, and the other opposed. The poll asked which of the following two options came closer to the respondent’s view:

(Con)
“Some people say Israeli Prime Minister Netanyahu is in the middle of an election at home, and it is inappropriate for the U.S. to host him for a speech only two weeks before the election is being held. They say this is a Republican attempt to make Netanyahu look stronger before his election.”

(Pro)
“Other people say Iran is getting closer to building a nuclear weapon. As one of the world’s most knowledgeable leaders on the Middle East and the Iranian nuclear program, Israeli Prime Minister Netanyahu should address Congress before the March 31st deadline for a political framework agreement with Iran.”

The first option questions whether it’s “appropriate” for the U.S. “to host” the prime minister, with no mention that it was only the GOP congressional leadership that did the inviting, and that the president was not informed. Nor did the question note that the White House made clear that Netanyahu’s acceptance was hurting relations between the two countries. The only negative in that first option was a mention that Netanyahu is shortly facing an election in his country.

The second option touts Netanyahu’s expertise, and indirectly refers to the ongoing negotiations between the U.S. and Iran over the latter’s nuclear capability. But it never makes clear that the purpose of inviting Netanyahu was to allow him an international platform to criticize such negotiations and perhaps President Obama directly.

When confronted with the complex options, a substantial minority, one-third of the respondents, chose neither. And among the rest, given the information so clearly biased in favor of the invitation, more chose the positive than the negative option.

In a subsequent question, the Paragon Insights poll informed respondents – whose minds had already been tainted by selectively biased information – that many Democrats, including Vice President Joe Biden, have decided not to attend the speech. No reason was offered to explain why they are refusing to attend.

Then the poll asked if the respondents “support or oppose the way the Obama administration is handling the upcoming speech by Netanyahu?” Given this inexplicable and apparently rude behavior, it’s no surprise that more respondents said they opposed (47 percent) rather than supported (32 percent) these actions.

This poll by Paragon Insights is clearly a hack job, intended to produce results that are in accord with the sponsor’s point of view. It’s a testament to the state of journalism these days that Bloomberg would deign to treat the poll as though it provided useful information.

But the CNN/ORC poll is not much better, and is as unrepresentative of public opinion as the Paragon Insights poll. While CNN does not manifest the same degree of overt partisan orientation, its question on the Netanyahu invitation includes negative information (that the invitation was made without notifying the president) but no positive information.

If CNN had wanted to be completely objective, it could have asked simply if people approved or disapproved of the invitation, without giving a reason to disapprove. So, its poll also biased its sample in one direction.

The other problem with the CNN poll is that it does not offer a “don’t know” option, but essentially pressures respondents to come up with an immediate top-of-mind opinion, and then treats that as though it represents the will of the public.

Given that well over half of Americans have little to no knowledge of the issue, the CNN report is essentially fictional when it shows 97 percent of the public with a meaningful opinion about the issue – much less two-to-one opposition to the invitation.

As with many polls these days, both the CNN/ORC poll and the Paragon Insights poll are not designed to produce a realistic measure of what the public is thinking, but rather a fanciful picture that best meets the needs of the sponsoring organization.

And that’s unfortunate – for all of us; for democracy itself.