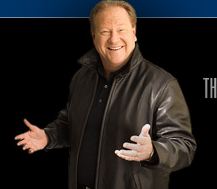 Schultz singled out a comment by Perry on the “‘black cloud’ over America.”  As Mediaite explained, that out-of-context statement could be interpreted as a racist statement, but in fact Perry was “clearly referencing the national debt.”

Schultz apologized Aug. 16 and aired the “clip in full” of Perry’s comments, according to Mediaite.

His apology stated: “We did not present the full context of those statements and we should’ve… it was a mistake and we regret the error.”