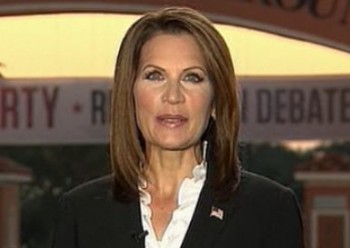 A video of Michele Bachmann has been selectively edited to show the Republican politician asking “Who likes white people?”

According to Mediaite, Bachmann truly said “Who likes wet people?”  Yahoo News explained that the comments were made during an Aug. 5 appearance at the Midwest Spirit Christian Music festival and that it was raining during her appearance.

Mediaite explained that following the “wet people” question, Bachmann added:  “That’s right, because we’ve got the God of the winds and the rains, don’t we? We serve a mighty God.”

The edited video was published by Wonkette, according to Mediaite. Wonkette has since updated its headline to reflect the “wet” instead of “white.”