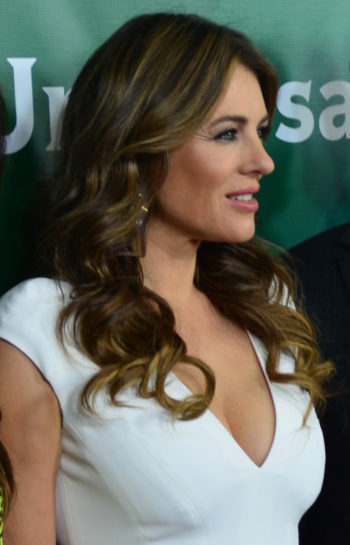 Hurley is “delighted with the settlement,” her attorney, Anjlee Saigol, told iMediaEthics. In addition to the financial settlement, “Elizabeth now also has the benefit of knowing what MGN’s journalists did to her and, importantly, MGN’s admission of liability in relation to their illegal actions,” Saigol explained. “This was important to Elizabeth in light of the allegations that surfaced in July 2011 concerning her being a target of MGN’s unlawful activities, but which were never answered or resolved until late last year.”

Hurley is turning around and giving the money to Hacked Off, a group advocating for victims of press abuses. Saigol confirmed to iMediaEthics that Hurley is donating the “full amount of her damages” to Hacked Off. “She felt this was an appropriate use of her settlement monies given that the charity is dedicated to aiding other victims of phone hacking and press abuse,” Saigol told iMediaEthics.

Saigol told iMediaEthics the public apology from Trinity Mirror to Hurley “was a key element of her settlement” and something Hurley “felt passionately about.”

Hacked Off announced the donation in a May 17 press release, which was sent to iMediaEthics. “The original source of these damages is Trinity Mirror, and it is appropriate that their funds be used to help victims of their own misconduct and wrongdoing,” Hacked Off joint executive director Dr. Evan Harris Harris stated.

In 2015, Trinity Mirror published a print apology to all victims of phone hacking at its three newspapers, the Sunday Mirror, the Daily Mirror and the Sunday People. “It was unlawful and should never have happened, and fell far below the standards our readers expect and deserve,” the apology read in part.

In an open court statement Saigol provided to iMediaEthics, Saigol explained that Hurley’s lawsuit was filed in March 2015 over 58 articles about her published by Mirror newspapers between July 1998 and March 2007.

“Whilst Ms Hurley believed that each one of these articles intruded upon her private affairs, it was [Mirror Group Newspapers’] relentless, voyeuristic interest in her pregnancy between 2001 and 2002 that she still recalled with particular anger and horror so many years later,” the statement from Saigol reads.

Also in that open court statement, Mirror Group’s lawyer Richard Munden confirmed that the company admitted to hacking voicemails of Hurley and “those close to her.”

Mirror Group Newspapers “is here today through me to offer its sincere apologies to Ms Hurley for the upset it has caused her as well as the impact its activities and articles had on her. MGN’s intrusion into Ms Hurley’s private life was wholly unacceptable and it regrets that these wrongful acts happened.”

iMediaEthics has written to Trinity Mirror to ask if it will apologize in its newspapers.