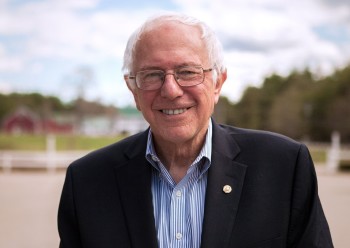 Hold the presses! The New York Times did NOT report that Sen. Elizabeth Warren endorsed Sen. Bernie Sanders for U.S. President in the 2016 election.

Some readers were hoaxed by a fake news article in the style of the Times made through Clone Zone. Clone Zone is a “web cloning tool that lets you edit the content of any website on the internet and share the result on social media,” according to its website.

“The fake news article, which mimicked The Times’s typefaces and design and included the bylines of two of the newspaper’s political reporters, appeared with the headline, ‘Warren Endorses Sanders, Breaking with Colleagues,'” according to a real New York Times article on the hoax. The real New York Times noted that the article had fake quotes from actress Lena Dunham, Sen. Warren and Sen. Barbara Boxer.

The New York Times sent iMediaEthics a statement that reads:

“An article circulating on social media Monday evening that is made to resemble a New York Times story and says Elizabeth Warren endorsed Bernie Sanders is a fake and has no connection to The Times.

“The Times has asked Clone Zone, which hosted the fake story, to take down this page and any others that mimic The New York Times.”

The New York Times‘ deputy executive editor Matthew Purdy added in the real Times article about the hoax that the article was “a fake and has no connection to The Times.” Times assistant masthead editor Clifford Levy tweeted:

Warning: This is a FAKE @nytimes story. We have NOT reported that Warren endorsed Sanders. pic.twitter.com/pySBgYwolF

The Times noted that it has asked Clone Zone, which hosted the fake article, to delete any fake Times articles like the Sanders-Warren one.

iMediaEthics has written to representatives for Sens. Warren, Sanders and Boxer.