English-Speaking Students a Minority in British Classrooms? UK Express gets in trouble with Press Regulator - iMediaEthics

English-Speaking Students a Minority in British Classrooms? UK Express gets in trouble with Press Regulator 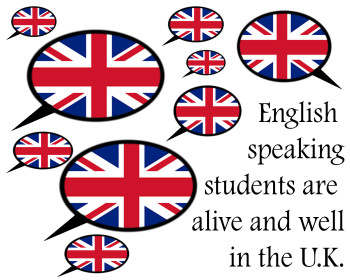 No, English-speaking students aren’t a “minority” in British classrooms.

The UK Daily Express had to correct after falsely making that claim. “The article’s central claim – which was both dramatic and significant – was substantially undermined by the inaccuracies,” IPSO wrote.

A reader complained to press regulator the Independent Press Standards Organisation about the July 24 article, “Special Investigation: 311 languages spoken in our schools as English starts to die out.”

The Daily Express claimed English-speaking students are “becoming a minority in hundreds of classrooms” and English is “hardly heard at all,” IPSO reported. IPSO noted that the Daily Express linked its alleged lack of English in school to England’s “decades-long open door policy on immigration.”

But the Express’s claims were “completely unsupported by the data the newspaper had cited” which was “distorted” by the Express.

But as the reader who complained to IPSO pointed out, the Daily Express based some of its claims on data that tracked students who didn’t speak English as their first language. While the newspaper argued that it had clearly marked that distinction when it referenced the data, IPSO wasn’t having it.

IPSO “did not accept that the coverage had merely omitted in some instances to specify that the data being reported referred to pupils’ not speaking English ‘as a first language.'”

The Daily Express “made clear assertions of fact that English ‘is starting to die out’ in schools and that English was ‘hardly heard at all’ in some schools,” IPSO stated, accusing the newspaper of distorting the data it cited.

The Daily Express did offer to post a correction but neither the complainant nor IPSO found this acceptable. The correction the Express said it would run stated:

“‘311 languages spoken in our schools as English starts to die out’ published on 24 July 2015 we said that English speaking pupils were becoming a minority in hundreds of classrooms. In fact the statistics referred to pupils for whom English is an additional language and not all pupils so classified are unable to speak English. Whilst some pupils arrive in schools not speaking English, most learn it very quickly. The article may also have given the impression that lessons were not being taught in English, which is incorrect.”

As a result, IPSO concluded that the Daily Express has to publish its ruling against it online and in print. Read the ruling here.

iMediaEthics has written to the Daily Express for comment.

English-Speaking Students a Minority in British Classrooms? UK Express gets in trouble with Press Regulator