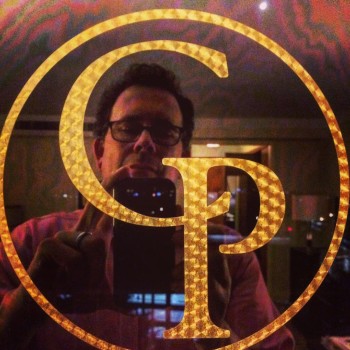 One of Jim Brady's #nighttimehotelreflections (Credit: Jim Brady via Twitter)

ESPN has named its sixth public editor to handle reader and viewer complaints and concerns.

Jim Brady will start his 18-month term next week, according to an ESPN press release. As public editor, “Brady will offer independent examination, critique and analysis of ESPN’s programming and news coverage on television, digital, print, audio and other media,” ESPN said. “The role will include written pieces on ESPN.com, podcasts and use of social media, with additional timely responses as issues arise.”

In addition to announcing Brady’s hiring, ESPN said it is changing the title from ombudsman to public editor.

“We are updating the title to ‘public editor’ to better reflect the goal of transparency and advocacy for fans, especially in this increasingly multimedia world,” Patrick Stiegman, vice president and editorial director for ESPN Digital & Print Media and chairman of ESPN’s Editorial Board is quoted as saying.

Stiegman went on to describe what Brady will do as public editor:  “This role is not about playing critic, per se, but instead helping demystify ESPN for fans, explaining our culture and standards, and commenting on journalism, coverage and programming decisions. Jim’s experience across multiple platforms and major media companies are ideally suited for both the public editor role and our desire for accountability, transparency and improvement related to all aspects of ESPN coverage.”

iMediaEthics asked Brady if he will criticize ESPN when warranted, in light of Stiegman’s quote.

Brady told iMediaEthics by email “Yes, the leeway is there to play critic. I think what that quote is meant to communicate is that’s not the only role. I’m also charged with listening to the public and trying to get them answers to questions they have. It’s also to address some of the more seminal challenges ESPN faces, such as changing distribution models, competition, etc. But playing critic is still part of the job.”

Brady’s credentials include being CEO of Spirited Media, a former WashingtonPost.com editor, and former editor-in-chief of Digital First Media.

Brady noted on Twitter he will maintain his position at Spirited Media’s Philadelphia news outlet Billy Penn along with the ESPN public editor gig.

Thanks for all the kind words on the @ESPN assignment. To be clear, I still will run @billy_penn as my primary job & am not moving.

Sports has always been a passion, and now that I'm coming off two time-consuming boards: @ONA & @asne, left some free hours in the week.

ESPN pointed iMediaEthics to its press release (cited above) on Brady’s hiring.