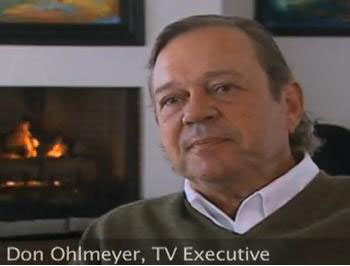 In the LeBron Decision program, James, a free agent, announced–after much media hype–that he would be leaving his professional basketball team of seven years, the Cleveland Cavaliers, and signing with the Miami Heat.

The ESPN special program not only resulted in questions about the ethics of paying for news and poor disclosures, but was also faulted by Ohlmeyer in his July 21 column for further sensationalizing what should have been a quick announcement, .

Overall, Ohlmeyer wrote that ESPN shouldn’t have compromised itself so much for the James exclusive:

“ESPN should never have traded inventory for access or allowed a subject to select his inquisitor [Jim Gray], and if that meant losing the exclusive, so be it.”

In terms of the finances, ESPN may not have paid James directly and technically, but the network did, sort of, pay for the story.

By letting James control who bought advertising spots and where that money went, the network turned over a significant chunk of money to James’ hands.

The network had argued that the money went to charity so it’s OK, but Ohlmeyer said that’s “immaterial, journalistically.”

“James used ESPN’s commercial spots in an effort to enhance his image as a responsible, caring charitable guy — there’s direct value to James in doing so, and he did it courtesy of the network, and with the sponsor’s money,” Ohlmeyer wrote.

“ESPN failed miserably where it mattered most,” Ohlmeyer wrote, noting that “ESPN’s disclosure requirement is to the viewers of that very show.”

And, even though the media reported about the conditions the day before the program aired, the actual program didn’t provide that information to viewers. “Disclosure doesn’t provide total absolution” but it is the “honest way” for filling in viewers about possible conflicts of interest or agendas, Ohlmeyer wrote.

“Paying to play in a news environment is both dangerous and wrong,” Ohlmeyer wrote, and “The Decision” was no huge, idealistic chunk of news. “This was the saga of an athlete offering to unveil a two-word career choice — ‘South Beach’ — on national television and a network blinded by the lure of stunning ratings that thought it could dance around what should be a revered journalistic tenet.”

Ohlmeyer wrote that the network intended to have complete editorial control over the program:  Gray was to ask “a few questions” of James, and then ESPN commentators could ask whatever they wanted.  But, that’s not how it worked out.  See the transcript of Gray’s interview here.

Gray asked 16 questions, and ESPN’s producers learned “the program was out of their control.”  While the network said the announcement would be in the first quarter of the program, it didn’t happen until 9:28, making the network look bad.

The hype around the program made both ESPN and James look bad, Ohlmeyer wrote.

Add in the other ESPN programs that sandwiched “The Decision,” and Ohlmeyer tallied that ESPN “basically dedicated six straight hours to the James announcement.”

And that dedication to James’s decision blocked out all other sports coverage.  Ohlmeyer noted that “the non-NBA sports fan was virtually ignored” that night until after midnight, when ESPN squeezed in ‘four minutes, 25 seconds of the other stuff.”

Ohlmeyer quoted Vince Doria, senior vice president and director of news for ESPN, who said that the decision to air “Decision” “ultimately had a damaging impact on our reputation as journalists. ”

Yahoo! Sports’s Chris Chase, in a July 22 article on Ohlmeyer’s column, wrote that Ohlmeyer “criticized nearly every facet of the now-infamous program” but still left some areas lightly criticized.  Where Ohlmeyer called Michael Wilbon’s interview with James “straightforward,” Chase called it “sycophantic.”  And, Yahoo noted “the use of children as props during the program” wasn’t criticized.

Dave Levy wrote July 21 on SportsGrid “Ohlmeyer can post as many 10,000-word columns as he wants, it will not change the fact that ESPN was an accomplice in all of this as a business deal, not as a journalistic enterprise of breaking news.”

Sports Illustrated wrote that Ohlmeyer was “painfully late” with his critique, coming almost two weeks after “The Decision” aired..

iMediaEthics wrote July 3 about the numerous anonymously sources articles about James’s team choices and how they conflicted.