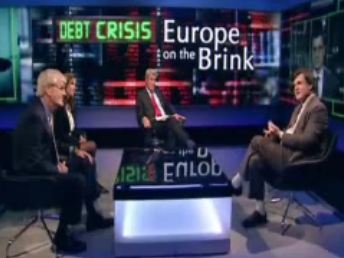 This BBC segment has been questioned by the European Commission. (Credit: YouTube, BBC, the Guardian, screenshot)

Political commentator Peter Oborne and BBC host Jeremy Paxman both called European Commission spokesperson Amadeu Altafaj Tardio an “idiot” on a September BBC2 Newsnight program, according to the Guardian.  Following those “televised insults,” the commission is calling for “an unqualified apology,” the Guardian’s Roy Greenslade wrote.

The commission claims that the BBC was “disgraceful” and “unacceptable.”

Greenslade advised the BBC not to apologize and commented that by calling for the apology, “it may well suggest…that the EU — well, one of its commissioners — lacks a proper respect for the exercise of free speech.”