European Journalism Centre's Ethics Code to Include Bloggers, All of Europe

European Journalism Centre’s Ethics Code to Include Bloggers, All of Europe 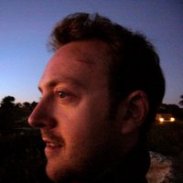 iMediaEthics wrote in June when Howard Hudson, editor for the European Journalism Centre, called for a journalism ethics code for European journalists.

The code Hudson proposes has been revised three times now, as Hudson and other journalists brainstorm additional clauses to make the code more inclusive and far-reaching. But, the code can be considered in effect now, Hudson wrote.

“It’s based on existing codes, so it can already be used by journalists, editors and bloggers in Britain, France, Germany, Italy and Spain. We think it should be extended to include other national codes – particularly in Eastern Europe. It should also be updated, perhaps every five years, to reflect changes in the media landscape,” Hudson wrote.

The code isn’t enforceable. Much like the U.S. based Society of Professional Journalists‘ code of ethics, it is intended to be guidelines for journalists – and bloggers.  “It’s created by journalists for journalists and remains a guide for training and editorial decision-making,” Hudson wrote in an e-mail to StinkyJournalism.  But, it’s not to be “a straightjacket for journalists.”  Instead, the code should offer guidelines.  “The last thing I want is to encourage self-censorship,” Hudson wrote.

In this, the most recent version of the code, Hudson explained via e-mail to iMediaEthics that the code now seeks to reconcile bloggers and journalists and link journalists from different countries, specifically Britain, France, Germany, Italy and Spain.  “This should bring more clarity on how to work ethically and provide a larger solidarity network,” Hudson wrote.

Hudson explained that the shift to a more global code (as opposed to having individual codes per country) partially resulted from a September resolution from the European Parliament, which called for “a code of ethics for new media.”

The Sept. 7 resolution stated there should be a code of ethics that covers new media. They define new media as:

“Networked digital information and communication technologies; whereas those new technologies foster the dissemination of information and diversity of input and make for a more deliberative democracy; whereas electronic social media create new forms of public, which are physically dispersed but bound by a shared interest in the same topic, with the potential to create new transnational public spheres.”

iMediaEthics asked Hudson about the resolution and how the European Journalism Centre’s code of ethics could come into play.  One option could be “to link our code of ethics to wider press freedom goals” such as asking “governments to make the ‘European Charter on Press Freedom’ legally binding in exchange for journalists and bloggers committing to a ‘European Code of Media Coverage Ethics.'”

Hudson, in an Oct. 18 article published on his centre’s website, defended the legitimacy of bloggers after BBC host Andrew Marr recently spoke out against bloggers, calling them “inadequate, pimpled and single.”

Hudson wrote, “journalists who pedal this drivel are either arrogant or in denial” as there are many “dedicated, thoughtful bloggers.”

Hudson noted that Reporters without Borders, the French nonprofit advocacy group, doesn’t just focus on traditional journalists, but includes netizens, media assistants and so on.

Hudson criticized the movement toward pushing content behind paywalls, as some News Corp. entities recently did, because it limits audience access.  News audiences are both local and  global, Hudson noted, and the paywalls may not have been prohibitive to some audiences, but “it locked out millions of Indians for whom this ‘small amount’ [of a few dollars a week] is actually rather large.”

With respect to the parliament’s code of ethics suggestion, Hudson told StinkyJournalism that the EJC supports the suggestion if its promotes “self-regulation, not self-censorship.”

Because news is international, and some news sites “are sharing articles” with other countries’ news organizations, a standard of journalist standards and ethics should be upheld.

“Bloggers and foreign journalists are not our enemies. Our real enemies are the ‘media predators’ who subject us to intimidation or violence and stop us from doing our job. But we become our own worst enemies when we ignore basic ethics and fail to provide the social benefits that justify our privileges and protections.

“We need to accept that we’re in this together: journalists, bloggers, Brits, Germans, Italians, etc. We’re in a media melting pot and we need clarity,” Hudson wrote.  “A code of media coverage ethics can help define our joint priorities while creating a level playing field. For bloggers, it means stepping up to the mark; for reporters it means sharing a space with foreign and citizen journalists.”

Hudson noted individual journalism issues in some of the European countries the code seeks to unite –  for example, Italy’s protection of the identification of “police and legal teams working on mafia trials,” and Germany’s emphasis of not sensationalizing medical research.

UPDATE: 11/2/2010 9:40 AM EST:  Updated the caption to correct an editorial typo. Thanks to Howard Hudson for pointing it out. We regret the error.

European Journalism Centre’s Ethics Code to Include Bloggers, All of Europe

Is the Public Confused About Impeachment…or Decided?
OK to say man 'hijacked' stage to try for a viral wedding proposal, regulator says