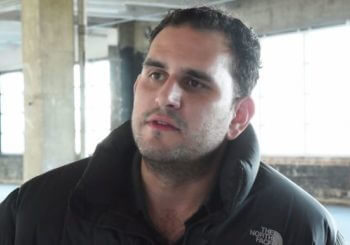 Deutsch attacked the New York Times in a letter published on his website in March. He claimed that the Times’s editor’s note in February, which revealed two of his sources and their quotes were deleted from the story he wrote because editors could not find they existed, was “misleading” and an attempt “to tarnish my reputation.”

“I offered to provide Times editor William Ferguson, who’d been tasked with investigating my work, with the notebooks I’d used during the relevant interviews. He never responded to my offer,” Deutsch wrote.

In an email to iMediaEthics, Corbett stated, “As we said in the Editors’ Note, we made extensive efforts to track down those two sources and were unable to. If Kevin has additional information that would allow us to find them, we would be happy to get it, and editors have told him that.”

iMediaEthics also asked Deutsch to see his notes. We were rebuffed. Zero evidence has been provided by Deutsch to the New York Times or iMediaEthics that proves the existence of his sources.

Some, like Arjun Prasad Mainali quoted in a Newsday article about the Nepal earthquake, appear to exist but we are waiting to hear back to confirm quotes. Other Deutsch sources quoted include Michele Hua, described as a friend of Boston Marathon bombings victim Lu Lingzi, and Deirdre Simpson, featured as a friend in a story about a Long Island woman convicted of a Long Island shooting death.

iMediaEthics is still waiting to hear back from friends or family to help discover if these two named sources are real. No other news outlet quotes these two women.

iMediaEthics reviewed approximately 40 stories by Kevin Deutsch. We looked for stories where he had the sole byline and the topic was attention-getting — a police officer gone wrong, a national news event, or a particularly newsworthy crime story. From there, we concentrated on tracking down named secondary sources to verify existence of the people adding color or eyewitness detail to Deutsch’s stories.

If a quick Google search showed other outlets independently quoted or cited the same person, we moved on. If nothing turned up, we checked affiliations Deutsch used to describe sources– where they lived, worked, enrolled in school. We also checked public records searches through LexisNexis public records search, White Pages and social media to see if any results are produced relating to the names and descriptions of sources.

LexisNexis nationwide/statewide people search, subscribed to and accessed by major news outlets, was used by iMediaEthics as part of our efforts to find the missing sources. LexisNexis’s databases encompass more than 65 billion public records, such as marriage licenses, addresses, property records, motor vehicle records, voter registrations and court judgments, according to its website.

In certain cases, if public records results produced someone with a similar last name in the town Deutsch reported, we contacted them to see if they knew the person or had any information about the person whom Deutsch named and quoted as a source.

See here a list of all of the questions iMediaEthics sent Deutsch for this article. iMediaEthics has not heard from Deutsch since March 16, despite numerous e-mails up until that point.

This is iMediaEthics’ fifth report in a series on Deutsch.

Earlier this week, iMediaEthics reported that in the face of the multiple news reviews of his work, Deutsch published a new article on addiction website The Fix. After iMediaEthics contacted The Fix to ask if it verified his sources, namely an anonymous source “Lisa,” The Fix quickly unpublished the story and deleted a tweet and Facebook post that promoted it. Undeterred, Deutsch took that same article, slapped a new headline on it, and published it in a HuffPost blogpost. HuffPost told iMediaEthics it wasn’t aware of either the investigations into Deutsch or the fact he previously published the same article elsewhere. Read that full report here. Find iMediaEthics’  5 Part Special Investigation on Kevin Deutsch’s missing sources here.

CORRECTION: 4/26/2017 6:39 PM EST The two missing NY Times sources, Andrew Giordano and Jeffrey Sheridan, were mismatched with their description. iMediaEthics has corrected and regrets the error.