Fmr. News of the World Reporter’s Bribery Conviction Thrown Out 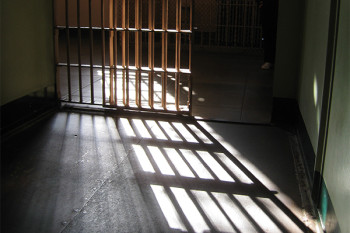 A former News of the World journalist convicted of bribing a public official has had his conviction thrown out, the Press Gazette reported.

The journalist isn’t named by the Press Gazette but was found guilty in November 2014. News reports say the journalist can’t be named for “legal reasons.”

As iMediaEthics previously reported, in March, former News of the World reporter Ryan Sabey was the third reporter found guilty of bribing public officials (by aiding and abetting committing misconduct in public office).  Prior to Sabey’s conviction, former News of the World and Mirror journalist Dan Evans pleaded guilty to paying a police officer and a prison office. An unnamed journalist was also found guilty, which due to the process of elimination, is the journalist whose conviction was appealed and thrown out. Sabey can also apply for another appeal, as his first appeal failed, the Guardian reported.

That journalist, in addition to the prison official and a friend, all had their rulings “quashed,” the Press Gazette reported.

Why? Procedural errors on the part of the court, which apparently gave improper instructions to the jury, led to UK government’s case tanking.

The prison official in question, known as ABC, is currently in jail but will be released, according to the Guardian.

Problems with the court’s instructions to the jury included being “misdirected” by the judge as to what the charge meant in terms of ‘the requisite level of seriousness” and also errors within the jury deliberations where jurors complained about bullying, “aggressive” behavior and “the atmosphere is horrible,” the Press Gazette said.

Specifically, in order to have broken the law, the jury should have decided if the “misconduct is worthy of condemnation and punishment” and the information given to the newspaper was “harming the public interest,” but the jury wasn’t told that, the Guardian reported.

The Crown Prosecution Service told the Press Gazette: “The judgment does not call into question the prosecution of the cases they considered but acknowledged this is an extremely difficult, and rarely visited, area of the law.”

The CPS went on, “The Court of Appeal considered that the jury needed greater direction on how serious offending must be to amount to an abuse of the public’s trust than was given in this case and therefore could not be certain that the jury would have reached the same verdict if that direction had been given.”

The CPS said in a later report that it wouldn’t re-try the journalist, the Press Gazette reported March 31.

Fmr. News of the World Reporter’s Bribery Conviction Thrown Out