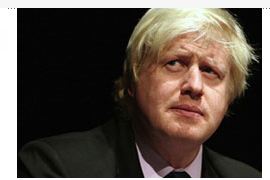 As iMediaEthics has previously written, the UK Sun apologized this month for its 23-year-old “inaccurate and offensive story” that reported “the police’s version of events” of “Britain’s deadliest sporting disaster” as fact.  A recent “independent report” revealed “police tried to cover up catastrophic failings” at the 1989 Hillsborough incident.

The editor of The Sun at the time, Kelvin MacKenzie, joined The Sun in apologizing for the inaccurate headline “The Truth” over the police’s side of the story.  And now, The Guardian reports that MacKenzie wants the police to apologize for giving “lies” to reporters.  MacKenzie said, according to The Spectator:

“Now I know — you know, we all know — that the fans were right. But it took 23 years, two inquiries, one inquest and research into 400,000 documents, many of which were kept secret under the 30-year no-publication rule, to discover there was a vast cover-up by South Yorkshire Police about the disaster. Where does that leave me?

“…There can be no doubt I have been deeply affected by the affair. I am not a victim, clearly, certainly not in the way the dead or their families are. But I have suffered collateral damage. It would be unwise for me to go to certain areas of the north-west on business.”

MacKenzie also claimed The Sun was “singled out” for criticism of its coverage.

Also this month, former Spectator magazine editor and current Mayor of London, Boris Johnson, apologized for publishing a 2004 editorial that characterized fans at Hillsborough as “drunken.”  The editorial, referencing Liverpool man Kenneth Bigley’s death  “in Iraq after being held hostage,” read in part:

“The deaths of more than 50 Liverpool football supporters at Hillsborough in 1989 was undeniably a greater tragedy than the single death, however horrible, of Mr Bigley; but that is no excuse for Liverpool’s failure to acknowledge, even to this day, the part played in the disaster by drunken fans at the back of the crowd who mindlessly tried to fight their way into the ground that Saturday afternoon.”

Spectator is described by Mondo Times as a “local literary entertainment” magazine. The BBC noted that the editorial was “unsigned.”

According to The Guardian, Johnson said that he’s “very, very glad” about the results of the recent report into the Hillsborough incident and that he “was very, very sorry” about The Specator’s editorial.  His statement read:

“I’m very, very glad that this report does lay to rest the false allegation that was made at the time about the behaviour of those fans. I was very, very sorry in 2004 that The Spectator did carry an editorial that partially repeated those allegations, I apologised then and I apologise now. I do hope the families of the 96 victims will take some comfort from this report and that they can reach some sort of closure.”

iMediaEthics has written to the mayor’s office for further comment and will update with any response.

UPDATE: 9/27/2012 7:24 AM EST: Sam Hart, the head of media for the mayor, sent iMediaEthics Johnson’s statement on the Hillsborough coverage:

“I am very glad that the independent report has nailed once and for all the false allegations that the behaviour of some fans at the time contributed to the deaths of 96 innocent people, a point that the Spectator got wrong in 2004. I bitterly regretted that, and I went to Liverpoool to apologise and I repeat those apologies today. I do hope that the families of the Hillsborough victims will take some comfort from the independent report and that they can reach some sort of closure.”