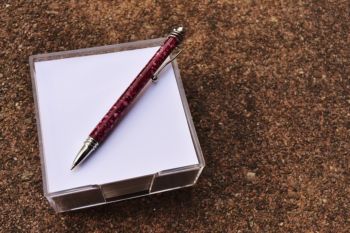 Fox News’ Fox & Friends accused former FBI director James Comey of leaking top-secret material and “putting our national security at risk.” But within a day, the show corrected its story on the Comey memo.

Fox & Friends made the mistake when reporting about a story from political news site The Hill regarding Comey having a friend leak a memo about his meetings with Pres. Donald Trump. Comey confirmed during his Senate Intelligence Committee testimony last month that he asked a friend to leak the memo to the New York Times.

Fox & Friends claimed the memo was classified and contained “top secret information.” It was, in fact, not top secret. The Hill‘s story reported, based on “officials familiar with the documents,” that “more than half” of Comey’s memos about interactions with Trump contained classified information. Comey testified that the memo in question that he leaked was unclassified.

The mistake was both broadcast on the show and in a tweet.

During the July 10 broadcast, Fox & Friends claimed, according to the Washington Post‘s Erik Wemple:

“Remember when James Comey testified the material he leaked to a friend was not classified? … Well, it turns out he actually may have broken the rules. A brand-new bombshell report accuses Comey of putting our national security at risk. According to the Hill, the former FBI director’s personal memos, detailing private conversations with President Trump, contained top secret information.”

On air, Fox & Friends read a correction July 11 that stated:

“Yesterday on this program we aired and tweeted a story saying former FBI director James Comey leaked memos containing top-secret information. We were mistaken in that. According to a report, half of the memos contained information classified at the secret or confidential level, not top secret. Documents in which Mr. Comey leaked are at this point unclear. Just wanted to straighten that out.”

iMediaEthics asked Fox News if Comey complained. A Fox News spokesperson didn’t respond to the question and only provided iMediaEthics a link to the video of the on-air correction.

Correction: Comey's memos did not have top secret info. The report says half were classified at secret or confidential level, not top secret