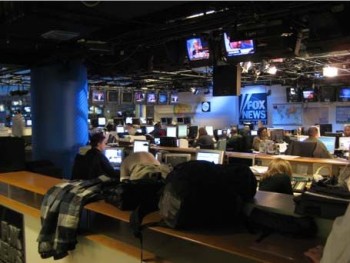 According to CNN, in total, Fox News apologized four times.

In an on air correction, Fox News’ Julie Banderas said, “Over the course of this last week we have made some regrettable errors on air regarding the Muslim population in Europe, particularly with regard to England and France.” She said Fox News was inaccurate to say there are “no-go zones” in Europe where non-Muslims and police don’t go because “there is no formal designation of these zones” and there is no evidence to back the claims up.

“We deeply regret the errors and apologize to any and all who may have taken offense, including the people of France and England,” she said. Watch her apology below.

See below the segment in which Emerson made his claims.

Pirro said, “Last week on this program, a guest made a serious factual error that we wrongly let stand unchallenged and uncorrected. The guest asserted that the city of Birmingham, England, is totally Muslim and that it is a place where non-Muslims don’t go. Both are incorrect.”

Her apology is below.

As iMediaEthics has written, Emerson apologized for his Jan. 11 comments about Birmingham. “There was no excuse for making this mistake, and I owe an apology to every resident of Birmingham,” he apologized. “I am not going to make any excuses. I made an inexcusable error. And I am obligated to openly acknowledge that mistake. I wish to apologize for all residents of that great city of Birmingham.” He also donated to Birmingham Children’s Hospital.

A Fox News spokesperson told the Washington Post‘s Erik Wemple that it is “highly unlikely” it would have Emerson on Fox again.