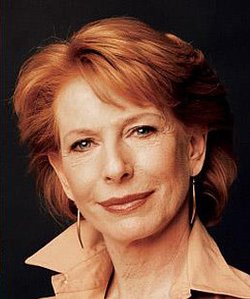 While Bush and Cheney speak in a closed session to the 9/11 Commission today, additional important news is surfacing about past hearings.

Sheehy, writes Bluey, “is being slammed for allegedly committing numerous errors as well as defaming the commission and its executive director.”

“It’s not the first time Gail Sheehy’s work has been picked apart. A psychiatrist sued her for plagiarism in 1976 for her “Passages” book, and she caused a stir in 2000 when she opined that then-candidate George W. Bush suffered from dyslexia and attention-deficit disorder.”

The Art Science Research Laboratory, writes Bluey, which, among other projects, “examines news articles for factual accuracy, has released a 65-page report to CNSNews.com that highlights the apparent distortions and false accusations about the 9/11 Commission contained in Sheehy’s Feb. 16 report in the New York Observer.”

Sheehy’s initial article, he says, “was an instant hit among critics of the Bush administration, appearing on weblogs as proof of a conspiracy theory to cover up information about the terrorist attacks.”

“Rhonda Roland Shearer, director of the Art Science Research Laboratory, said the inaccuracies in Sheehy’s report caused harm to the 9/11 Commission and its executive director, Philip Zelikow. Shearer also cited concerns raised by the family of Betty Ong, an attendant on American Airlines Flight 11, which crashed into the World Trade Center.”

Shearer has called Sheehy’s article, and the demonstration of Sheehy’s lack of research an example of “laziness as well as sloppiness.”

“Facts in her article,” Shearer said in the report, “should have been subjected to a basic Lexis-Nexis or Google search to check what already has been published by other journalists. A simple search would have made transparent to Sheehy, fact-checkers, or editors the truth that the [Ong] tape was only 4 minutes long. The details of Sweeney’s call … were essentially disclosed in September 2001.”

“Sheehy’s reporting created sensationalized non-existent events (such as the claim that the 9/11 Commission openly hides information).”

Sheehy, reports Bluey, contended that “Zelikow censored part of a phone call placed by Ong during the hijacking and that he hid the content of a separate call made by Amy Sweeney, a flight attendant on the same plane as Ong.”

She additionally “questions Zelikow’s political allegiance to President Bush as a premise for not disclosing information to commissioners,” and said he had a blatant conflict of interest.

The Art Science Research Lab submitted the report to the Observer earlier this spring. They did not run any corrections, and still run Sheehy’s columns. No actions appear to have been taken on their part. ASRL then submitted the report both to the Village Voice and Cybercast News Service.