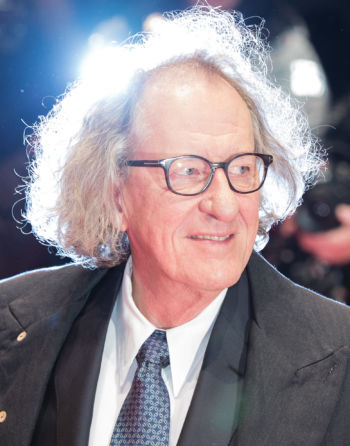 The Australian Daily Telegraph reported, in their Nov. 30 edition, that actor Geoffrey Rush had been accused of “inappropriate behavior.” Now, Rush is suing the News Corp.-owned newspaper, saying the claims are “slurs, innuendo and hyperbole.” Rush claims the articles made him look like a “pervert” who “behaved a sexual predator,” according to the Australian Financial Review.

The Telegraph‘s Nov. 30 article reported that a colleague accused Rush of inappropriate behavior when he was acting in the Sydney Theatre Company’s 2015 production of King Lear. “The tabloid did not detail the specifics of the complaint and the former King Lear colleague did not speak on the record,” the Sydney Morning Herald reported.

iMediaEthics received a copy of the lawsuit from Rush’s lawyer. The lawsuit says the article was defamatory because it suggested he was a “pervert” who “behaved as a sexual predator” with “inappropriate behaviour.” In addition to complaining over the Nov. 30 article, Rush’s lawsuit also complains about a Dec. 1 article in the Daily Telegraph for repeating the claims which Rush says are defamatory, and for claiming he had “inappropriately touched an actress” causing the theater company to not work with him anymore.

Further, the lawsuit alleges the Telegraph‘s headlines of “Bard behaviour” and “King Leer” were attempts to mock Rush. The lawsuit also complains about tweets regarding the news story and linking the allegation against Rush to allegations against Harvey Weinstein and Don Burke, who have been accused of sexual assault and sexual harassment, respectively.

Rush filed his lawsuit Dec. 8, according to the BBC, and in a press conference commented, “It is an action I am taking in order to redress the slurs, innuendo and hyperbole they have created around my standing in the entertainment industry and greater community.” He further called the allegation and news report “spurious claims with bombastic titles.”

In response, the Telegraph‘s editor Chris Dore said in the newspaper’s own news story about the lawsuit, “The Daily Telegraph accurately reported the Sydney Theatre Company received a complaint alleging that Mr Geoffrey Rush had engaged in inappropriate behaviour. We will defend our position in court.”