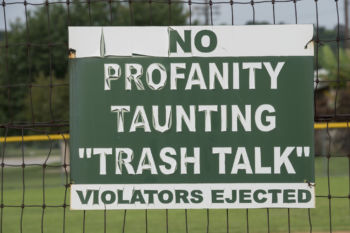 The Guardian admits it is “more liberal” about publishing profanity, but some readers are still concerned about the curse words in the paper, Guardian readers editor Paul Chadwick wrote.

In a late August column, Chadwick explained that the Guardian’s guidelines permit swearwords in quotes and when necessary. Th guidelines state:

“Respect for the reader demands that we should not casually use words that are likely to offend. Use swearwords only when absolutely necessary to the facts of a piece, or to portray a character in an article; there is almost never a case in which we need to use a swearword outside direct quotes. The stronger the swearword, the harder we ought to think about using it … and never use asterisks, which are just a cop-out.”

Chadwick reviewed some recent cases of profanity in the paper and explaining the justification. For example, a mid-August 2019 opinion piece about Boris Johnson used a variety of eyebrow-raising words, but Chadwick argued it was OK because it was satire. Other cases included using the c-word in an article to highlight its use by a “senior figure,” and the use of religious words as curses.

The Guardian declined to comment to iMediaEthics about its profanities policies and practices beyond Chadwick’s column.

While some readers may not like the use of Jesus Christ as a swear, Chadwick argued that it’s fair game. “Respect for sincerity of religious belief requires that the offence caused should be acknowledged. But in a secular society that values free speech, there is no general right not to be offended,” he wrote.