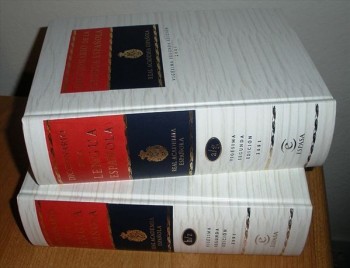 An Oct. 29 Guardian article contained a few verbatim sentences and the same exact headline from Agence France Presse. Was it plagiarism?

Reader JT Cassidy contacted iMediaEthics this week to ask. We looked into the matter and after we contacted them, the Guardian has now corrected. They have admitted to having failed to properly credit the AFP, the wire service for which it is a subscriber, for providing content used by the Guardian.

The AFP’s story, re-published by the Japan Times, carried the headline “Spain’s oldest dictionary under fire for equating ‘gypsy’ with ‘cheat’.”

“An entry in Spain’s top dictionary has outraged one of the country’s oldest minorities by defining “gypsy” as synonymous with lying and cheating.

“The offending entry is in the Royal Spanish Academy’s annual update to its dictionary, the ultimate authority on the language in Spain and Latin America.

“The new edition removed a previous definition of “gitano,” or gypsy, as an adjective meaning “defrauding or operating with deception.”

“But it added a new secondary definition, saying the word was synonymous with “trapacero” — an adjective meaning dishonest or swindling.”

But the Guardian‘s story carried the same headline and some of the same text. The first four paragraphs of the story read (bolded verbatim content and italicized very similar):

“Spain’s oldest and most authoritative dictionary has prompted outrage by defining “gypsy” as “one who lies and cheats”.

“After 13 years spent updating entries, the Royal Spanish Academy unveiled its 23rd edition of the Spanish dictionary at a sombre ceremony presided by King Felipe VI and Queen Letizia, earlier this month.

“The new edition removed a previous definition of “gitano” or “gypsy” as an adjective meaning “defrauding or operating with deception”.

“But it added a new secondary meaning, saying the word was synonymous with “trapacero” – an adjective meaning dishonest or swindling.”

The Guardian’s story carried the byline of a Guardian reporter, “Ashifa Kassam in Madrid.”

Why didn’t Guardian Credit AFP? It was ‘an error’

iMediaEthics contacted both the AFP and the Guardian to ask for an explanation.

The AFP’s Chris Lefkow, Chief Editor for North America, confirmed to iMediaEthics that the Guardian is a subscriber to the AFP, so it receives and can publish AFP stories.

As a subscriber, the Guardian can use AFP content within its articles if it is credited. The Guardian’s Editorial Code states:

“If an article contains a significant amount of agency copy then the agency should be credited.”

The Guardian told iMediaEthics by e-mail that it was an “error” to not include the AFP on the byline. As a result of our inquiry, the Guardian corrected the byline and published a correction.

“We have not received any complaints about the article in question. The AFP credit was left off the byline in error, and in light of your email bringing this to our attention we have rectified this, and footnoted the article to acknowledge the update. This correction will also appear in our online corrections and clarifications column.”

The byline now credits the AFP and reads: ” Ashifa Kassam in Madrid and Agence France-Presse.”

There is also note at the bottom of the article which reads:

“This article was amended on 7 November 2014. An earlier version did not attribute parts of the text to AFP as is consistent with Guardian editorial guidelines. This has been corrected.”

Send iMediaEthics your questions and concerns about news media ethics at info@asrlab.org