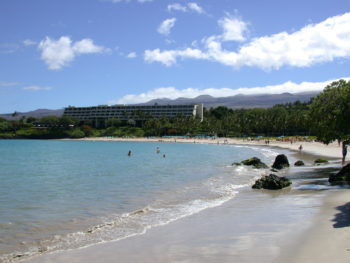 The Civil Beat identifies itself as “the largest news outlet dedicated to public affairs reporting about Hawaii,” which was started after eBay founder Pierre Omidyar, CEO and publisher of the site, donated start-up funds in 2010. Omidyar also backs online news site The Intercept.

Oppegaard published his first column in March of this year. In a note atop his first column, his independence as a critic is guaranteed: “We’ve promised him complete independence; he is as free to criticize our work as that of anybody else,” the Civil Beat says.

“I have been given complete independence, including a green light to criticize Civil Beat, its operations, its philosophies, whatever,” Oppegaard told iMediaEthics by e-mail. “Besides critiquing [Civil Beat], I also have written about its sister organization, The Intercept (and philosophy of its leader, Glenn Greenwald) and pretty much all of the other news media in the community, focused primarily on newspaper and television journalism (because we do not have much local radio journalism anymore).” Greenwald is a lawyer, author and journalist.

Civil Beat‘s managing editor Bob Ortega told iMediaEthics, “We approached Brett [Oppegaard] because we thought it would be useful, and fun, to offer readers a column analyzing how local journalists and news media do (or fail to do) their jobs.”

“There are aspects of the media scene here in Hawaii that make some of us roll our eyes,” he went on. “We thought it would be better to have someone not on staff, and with carte blanche to take us to task when we screw up, to cast a gimlet eye.” Oppegaard doesn’t have a set term, is paid a flat fee per column, and has “complete independence on the topics that he covers,” Ortega told iMediaEthics.

Oppegaard told iMediaEthics he treats his column as “a hybrid, somewhere between a traditional news ombudsman and a media critic” but has so far used his column to address whether reporting has met journalism standards. Ortega confirmed, telling iMediaEthics by phone that Oppegaard was asked to “focus predominantly on Hawaiian media and the degree to which journalists and news media here conform to or fail to conform to general ethical standards.”

iMediaEthics asked Oppegaard about some of the major media ethics issues he has seen in Hawaii, to which he identified media monopolies and conflicts of interest.  Specifically, Oppegaard noted that in 2010 Hawaii’s two largest newspapers merged and in addition, three local TV news stations merged.

As such, “one of the most critical issues in the state is lack of competition,” he wrote. “From a media ecology sense, little competition means these organizations don’t have to fight very hard to survive. That type of soft environment does not push journalists to do their best work.”

Anonymous sources are also an area of concern. The Civil Beat has a strict anonymous source policy, Ortega told iMediaEthics, one that basically says “generally we don’t use them.”

“We very very rarely use anonymous sources,” Ortega said, noting that in the times the Civil Beat does allow it, it explains the reasoning to readers.

In addition to sourcing, other topics Oppegaard has addressed in his column include journalists and math, social media, attribution, and exclusivity. “Everybody tends to know everybody else” on Hawaiian islands, he wrote. For example, sometime the”overuse of anonymous sources, failure to hold people accountable for serious societal mistakes and a high reliance on press releases to drive news, instead of independent investigations,” he said, can lead to problems in the media. Similarly Ortega pointed to the problem of “cozy relationships” within Hawaii.

When Oppegaard’s column launched in March, he wrote in a column, “In this new Civil Beat column I plan to investigate and analyze such issues of information exchange, bringing to the surface and discussing the best and worst of our media products and practices in Hawaii and beyond.”

He went on to say he planned to highlight journalism issues and media topics, but that “In short, this column should be open to discussing any aspect of the media ecology, locally, nationally and internationally, and the related impacts on society in Hawaii.”

As for his position, Oppegaard explained, “In this pseudo-ombudsman role, I consider myself a representative of the public, and public interests, about media matters.” That said he said he expects journalists to abide by “strict protocols of practice.”

Similarly, Ortega told iMediaEthics, “We think there’s a value for our readers in understanding how the news that they’re getting not just from us, but from other sources is mediated, how it’s delivered to them, what decisions and thought processes go into what constitutes news and how it’s presented.”

“We see this column as providing a source in its review of how news outlets here in Hawaii either meet journalistic standards and do so transparently or don’t,” he said. “I think for us, the notion that there’s somebody looking over our shoulders, helps a little bit.”