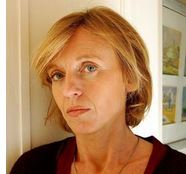 French journalist Agnès Chauveau has been accused of plagiarizing from Le Monde, Mediapart, and other French news outlets in her Huffington Post columns.

Even worse than the plagiarism claims, Chauveau is the executive director of Paris Sciences Po’s journalism school, making it a stain on the school.

Chauveau, who is also a producer for Radio France Culture, has been suspended from the school, with the director of the school calling the plagiarism “a very serious affair in journalism.”

“Having spoken to Agnès, I am going to seek an independent evaluation of the accusations against our executive director … In the meantime, Agnès will be relieved of her responsibilities,” the director, Bruno Patin, said in an internal email, according to the Telegraph.

The Huffington Post told iMediaEthics it will no longer publish Chauveau’s work and confirmed that six of her articles received editor’s notes.

“The trust circle between Chauveau and the HP France has been broken,” Annabel Benhaiem from Huffington Post France told iMediaEthics.

She added that given Chauveau’s role at Sciences-Po, “we couldn’t even imagine” she would plagiarize.

Chauveau was busted by Arret Sur Images, a French media criticism site that says on its website that it put 20 of Chauveau’s articles through Plagiarism Checker and found “nearly half” lifted “at least one sentence (and usually two or three).”`

Vincent Coquaz, the journalist who covered the accusations against Chauveau for Arret Sur Images, told iMediaEthics by email that the site discovered the issues in Chauveau’s work “by chance.” Her articles for Huffington Post, he said, were the text of what she reports on air for Radio France Culture.

“I read her last piece about press and iPads and found out that two sentences and the overall structure was the same as a paper I published a couple days before,” he wrote. ” We published a short paper about it and she added the mention of Arrêt sur Images and a link. After that, one of our readers told us that several other of her works were problematic and we used the tool ‘Plagiarism checker’ to check them.”

Chauveau defended the incidents as unintentional. “I forget to cite certain articles but this is never voluntary and I will rectify this any time it causes a problem,” she told Arret Sur Images.

She added that there was “no time to mention on air all my sources.”

One of Chauveau’s article’s for the Huffington Post, a Nov. 12 story, “L’avenir de la presse passe-t-il par la tablette?” now carries the update that reads (according to a Google translate):

“Update: This post is made ​​recovery from chronic and read every Sunday on France Culture. Some references were missing from the oral version. They have been added here as soon as these errors were reported to the citations and sources appear more clearly.”

In addition to that note, we found five more similar notes adding attribution. Those articles are:

iMediaEthics has written to Chauveau, Radio France, and the head of the Science-Po journalism department. We’ll update with any responses.