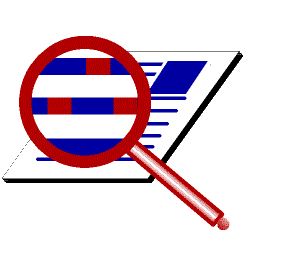 The organization, which was established in September 2014 to replace the much-maligned Press Complaints Commission, just announced it has hired someone to conduct an independent, external review. The answer to the question above will be revealed in about six months.

Sir Joseph Pilling KCB, a former Permanent Secretary of the Northern Ireland Office who has “conducted many reviews,” was appointed in charge of the review, IPSO’s press release said. Pilling applied for the job and was chosen by “the arms-length IPSO Appointments Panel.”

Pilling’s review will look at a variety of issues related to IPSO, including how independent its committee and board are, how it handles conflicts of interest, its funding, and the regulatory system in the current media environment.

Importantly, Pilling’s review is slated to examine “the effectiveness of the complaints system, its timeliness, the quality of the judgements reached and the appropriateness of the remedies required,” the press release stated.

In addition, the review will also look at several specific elements of IPSO’s complaints process and standards. According to the press release, Pilling’s review will report on how well IPSO works with the public and the way standards investigations and the whistle-blowing hotline work.

“The External IPSO Review will report on how IPSO is fulfilling its role as regulator of the UK newspaper and magazine industries,” IPSO’s press release said. “It will examine the effectiveness of IPSO’s functions, and the extent to which it operates independently. In looking at this, the reviewer will test the degree to which IPSO has been faithful to its publicly stated principles and values.”

In the press release, Pilling called for “anyone who has observations and views” to contact the review with information. The website for the review will be http://www.ipsoreview.co.uk/.

iMediaEthics has written to the review to learn more about what prompted the decision to have a review and the timing.

Last September, IPSO said it was going to have the external review, Press Gazette reported.

Earlier this month, IPSO announced several changes including the addition of the power to investigate without readers’ complaints and the simplification of investigations.